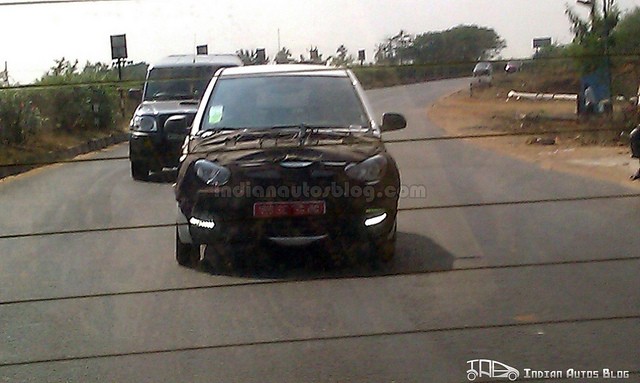 And again we have a set of new spyshots of facelifted Hyundai i20 facelift. Thanks to the guys at indianautosblog.com, we now know that the upcoming version of the car sports LED pilot lights on front bumper and a largely revised rear. 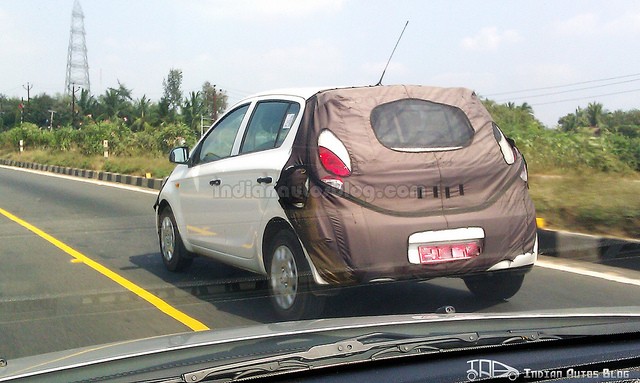 We believe that the Korean auto maker will offer the day time running lights on the top end model of the premium hatchback. The i20 will be the first hatchback to boast LED lamps and the feature should surely make the car look more upmarket. The rear seems to be having larger tail lamps and a different tail gate.

The car should continue to be powered by the current lot of engines, albeit, with variable valve timing and option of BlueDrive (LPG) technology on 1.2 Kappa petrol .

Expect the i20 refresh to debut at Geneva Motor Show followed by an Indian launch towards the end of April. 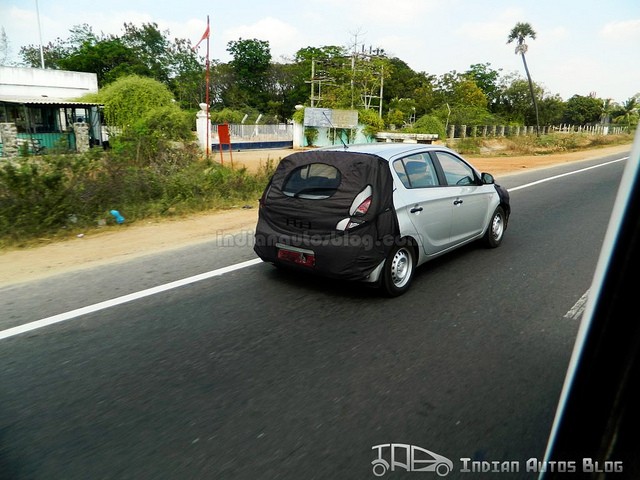