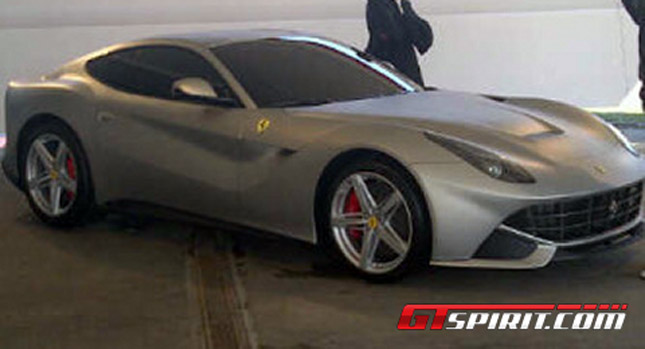 We have been talking in detail about the Ferrari 599 GTB replacement since quite some time now. Only today, we posted about the second teaser video of the most powerful Ferrari ever.As we reported about it earlier, the new car has fair chances of being christened as the F620 GT. Now, this was supposed to be unveiled on 29th as GT Spirit has managed to take a quick pic of the car.

The new car from surely has more than a hint of Ferrari FF to it and it is being said that beneath that hood will be a monster of an engine that has been derived from FF’s V12. This motor is being expected to pump out about 700 prancing horses. The car’s world premiere will happen at the fast approaching Geneva Motor Show and this car should give some sleepless nights to the folks at Lamborghini. Expect us to come up with more details soon.