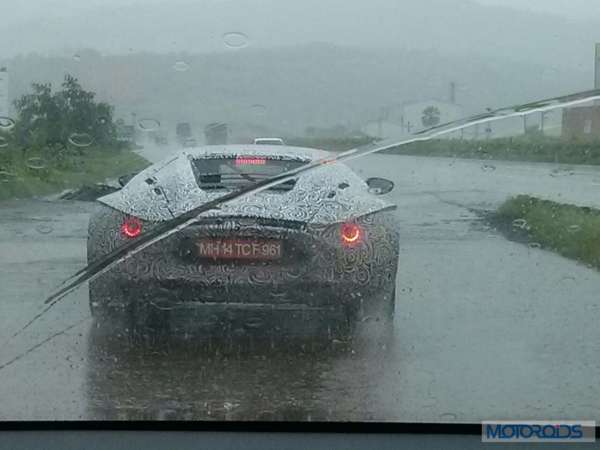 Dilip Chhabria headed DC Designs has been testing its first production car, the Avanti rigorously through various parts of India. DC Designs first showcased the Avanti at the 2014 Auto Expo. The latest images of the Avanti come from Motoroid reader and follower Samarth Modi spotted and snapped the car on Mumbai-Pune Expressway. This time, the car was spotted tackling heavy rain on the expressway.

At the heart of DC’s Avanti will be a Ford-sourced 2-litre Ecoboost motor which would put out 240 bhp of power and 360 Nm of torque. Power is transferred to tarmac with a 6-speed manual transmission. The car weighs 1,562 kgs and can reach naught to 100 kph in less than 7 seconds. 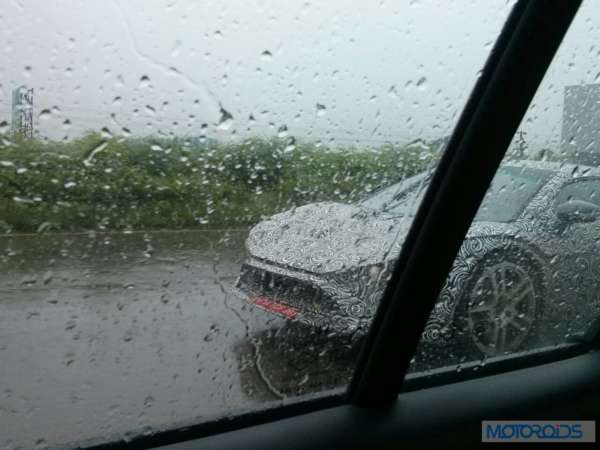 The DC Avanti will be the cheapest sports car available in India as the company plans to price it in the range of Rs 25-30 lakh. DC Design’s production facility is expected to be ready in this year. The new manufacturing facility would have an annual production capacity of 3,500 units and 100 units of the Avanti will be produced car per month.

What do you think of the new DC Avanti? Share your thoughts and opinion through comments below. Stay tuned into Motoroids for all the action from the world of auto.