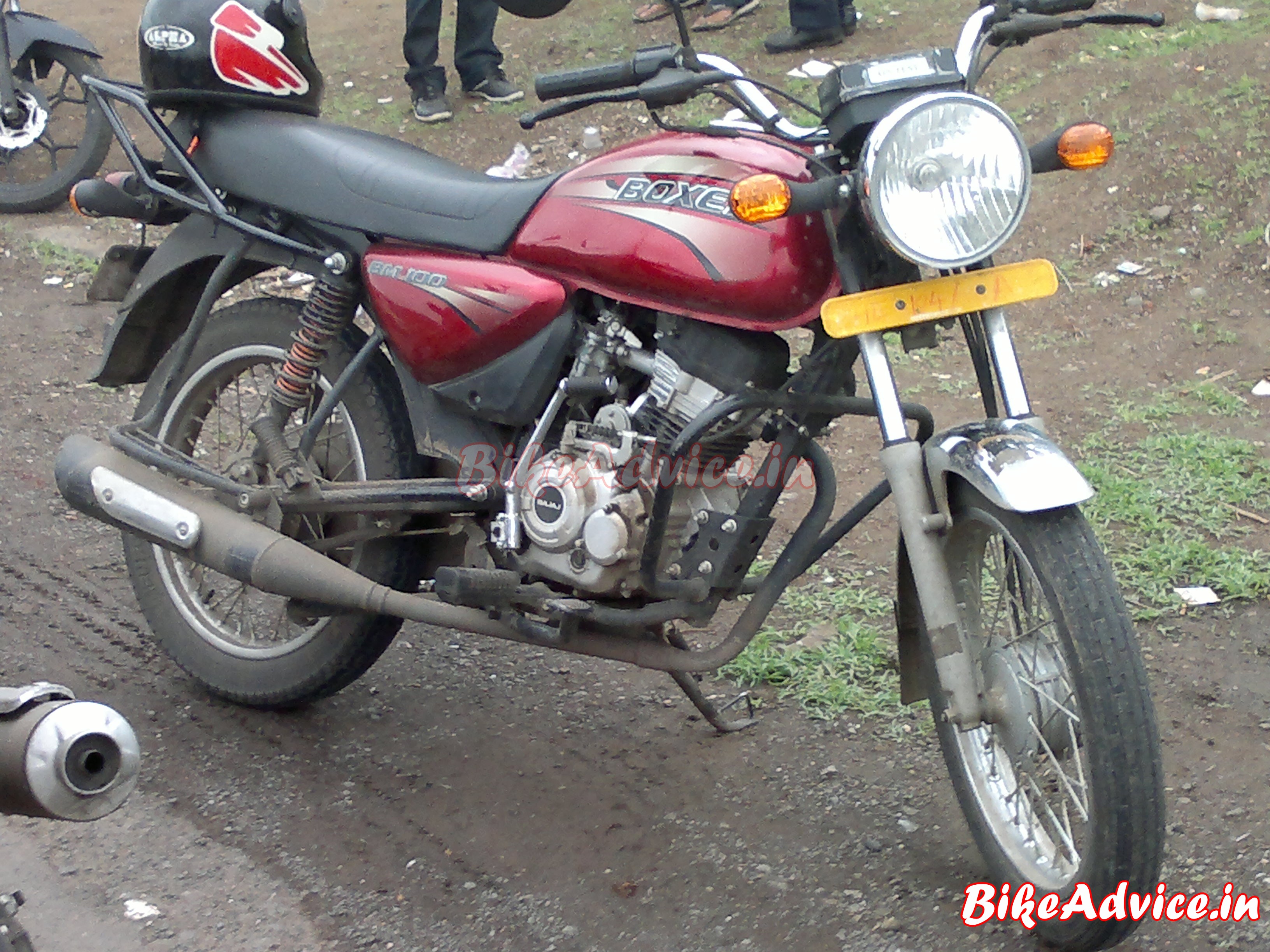 Guys at Bajaj are surely working overtime to grab a bigger chunk of rapidly growing Indian two wheeler market. Recently, Bajaj launched the Pulsar 200 NS, the new generation of its popular bike brand, at an aggressive price tag. The bike has quickly gained a lot of popularity and we won’t be surprised if the bike will be found eating into sales of its sister KTM Duke 200. Bajaj also recently launched the all new Bajaj Discover 125 ST that promises to take the econo-commuter segment a step forward. Loaded with features like mono shock and petal disc brakes, the bike is sure to send every other bike manufacturer back to drawing boards.

Having covered the premium and 125cc segment, it appears that Bajaj is gearing itself to take the budget end of bike market by storm. The Boxer BM100 is the younger sister of the 150cc Boxer BM150, which comes with a price tag of merely Rs 42,000. Very much like the BM150, the cheapest 150cc on sale in the country, the BM100 should be Bajaj’s weapon to unleash terror on entry level commuter segment of Indian two wheeler market. The new Boxer is powered by a 100cc motor that will feature only a single spark plug.  BM100 produces a maximum power output of 7.6bhp and a peak torque output of 7.5Nm.  The new Boxer features Bajaj’s SnS suspension that is seen on the Indian bike maker’s low end bikes.

BM100 is already being exported by Bajaj to some markets abroad and recently, the guys at BikeAdvice caught the bike being tested at Pune. This further consolidates our belief that Bajaj will launch this bike in India.

When launched in India, the bike should come with a price tag of about INR 35000 making it the cheapest bike on sale in India.