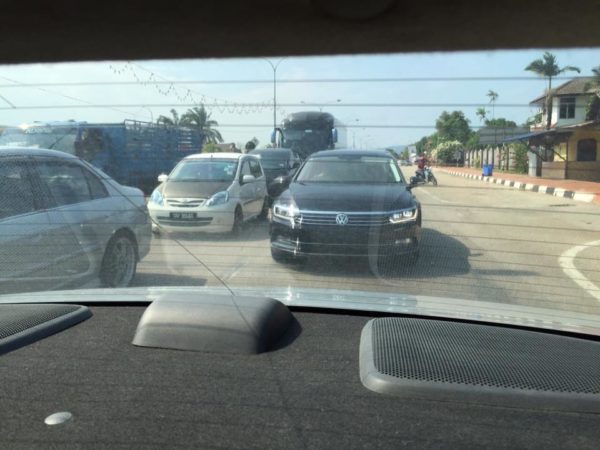 The 2015 Volkswagen Passat (codenamed B8) has been snapped on the roads in Malaysia. The next-generation Passat was revealed by Volkswagen at the Paris Motor Show in July 2014. The new model of the Passat is based on the German carmaker’s new MQB platform, and thanks to its lighter construction, the 2015 model has lost 85 kg of bulk over its predecessor. The engineers have also stretched the saloon’s wheelbase to 2,791mm – a full 80mm longer than before. The new VW Passat is also wider by 12mm, though shorter by 2mm in its overall length. Volkswagen has also increased the boot space by 21 litres, so it now stands at 586 litres. 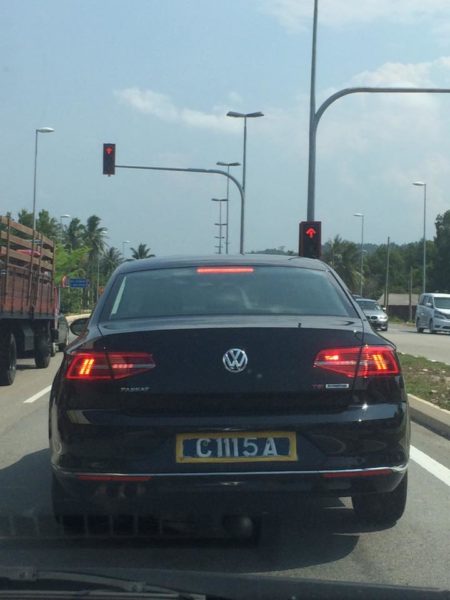 The boot capacity has gone up by 21 litres

The international variants of the 2015 Volkswagen Passat can be had with a wide choice of engines; including new five 4-pot TSI petrol and three 4-pot TDI diesel units. A plug-in hybrid variant will also be on offer in select markets, but won’t be making it to India. The India-bound 2015 Passat is likely to get a 2.0-Litre four-cylinder diesel engine, mated to a DSG automatic transmission and power will be sent to the front wheels. The 2015 Volkswagen Passat (B8) is one of the four new models coming to the Indian shores in the next couple of years and will be launched in India in 2016.