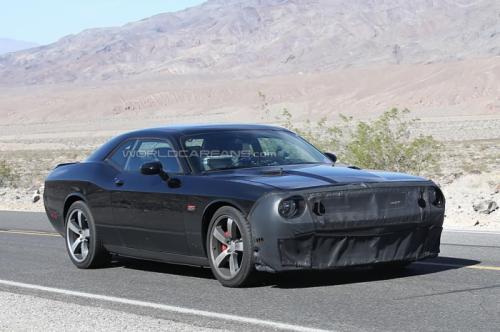 The eagle-eyed folks at WCF have spotted several 2015 Dodge Challenger SRT8 Hellcat test mules being tested by the members of SRT development team.

Powering the 2015 Dodge Challanger SRT8 Hellcat would be a supercharged HEMI V8 6.2-liter engine that has been codenamed as “Hellcat”.The new engine would make its debut on the 2015 Challenger, which will be launched next year as a 2015 model year car. The new HEMI V8 is being expected to have a max power output of 640 bhp. Good enough to enable the 2015 Challenger Hellcat to fight with the Chevrolet Camaro ZL1 and SRT Viper. 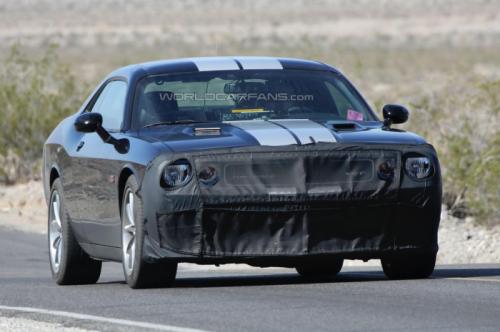 From what we can make out from these pics of the heavily camouflaged car, the upcoming 2015 Challenger SRT8 would feature a lower and larger air intake and a new exhaust system. The interiors could get a complete upholstery change and a longer features list. The rest of the car is likely to remain unchanged.