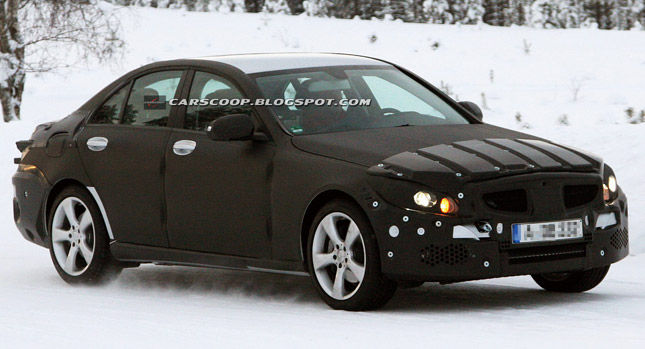 We have been reporting about the next gen Mercedes Benz S class and C class undergoing pre-production trials. A heavily camouflaged prototype of the upcoming gen of C Class has been caught in Europe by the good folks at carscoop.blogspot.com. The car was undergoing ‘cold tests’ and should hit the market in late 2013 or 2014.

Even though the Mercedes has done a good job at concealing the car’s design, the CLS like design form on headlights can be easily made out. Also, the car looks a tad wider than the current C-Class. There have been some rumors that the C-Class will get new four-cylinder units that would reduce the engine to operating on just 2-cylinders when less power is needed. It may be noted that the 6th generation of BMW 3 series sedan was recently launched and it is about time Mercedes comes up with the new generation of 3 series rivaling C Class. 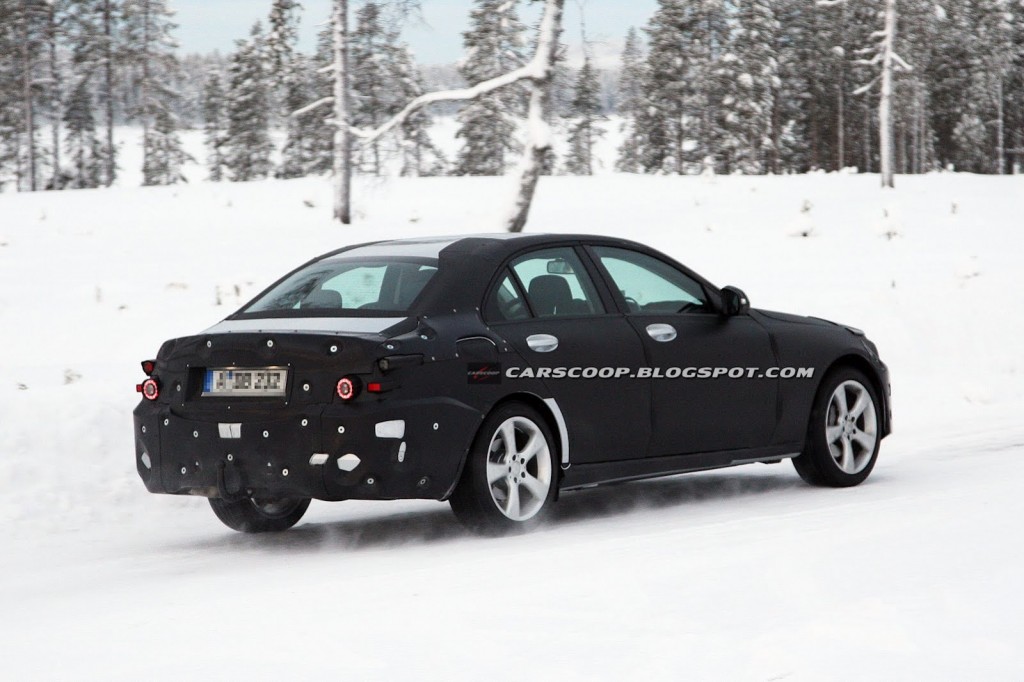