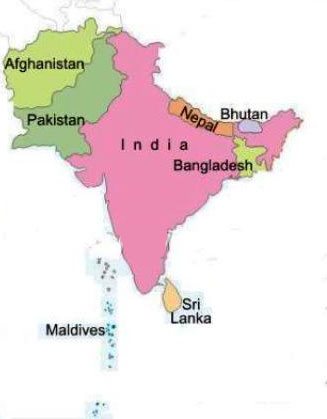 Are you amongst those who look at a world map and day dream about driving across continents? Do you have friends in our neighboring countries whom you’d like to meet along with your car? That dream could soon turn into reality if officials at the 18th SAARC summit finalise an agreement which facilitates easy movement of both passenger and goods vehicles across the Saarc countries with a single permit. The summit is scheduled in November at Neemrana in Rajasthan, however, member countries are likely to finalise a draft with all terms and conditions in the next two days.

As per the draft proposal, permits would be issued after verification of all the required documents by the competent authority of the respective national government. Permits for regular passenger and cargo transportation shall be for multiple entries and would be valid for one year. These permits would be renewed every year “subject to a maximum of five years”.

The proposal says that any vehicle entering and plying in other country must pass only through immigration checkpoints/ custom stations and on routes authorised by the member nation concerned by mutual agreement. Any deviation would be treated as violation. Sources said that protocol which would be discussed among the member nations also include details of vehicles, certificates the vehicles should have while plying in member countries, pollution under control certificate and pre-verified “jumbo passport” of the crew of each vehicle.

Time for the not so good news. There will be no participation from Pakistan, Bangladesh and Maldives. While Pakistan and the island nation did inform about their inability to send a representative in advance, Bangladesh later joined the list, stating they are unable to attend the summit due to unavoidable reasons. However, if road transport has to be promoted across the region, both Pakistan and Bangladesh have to be on-board.