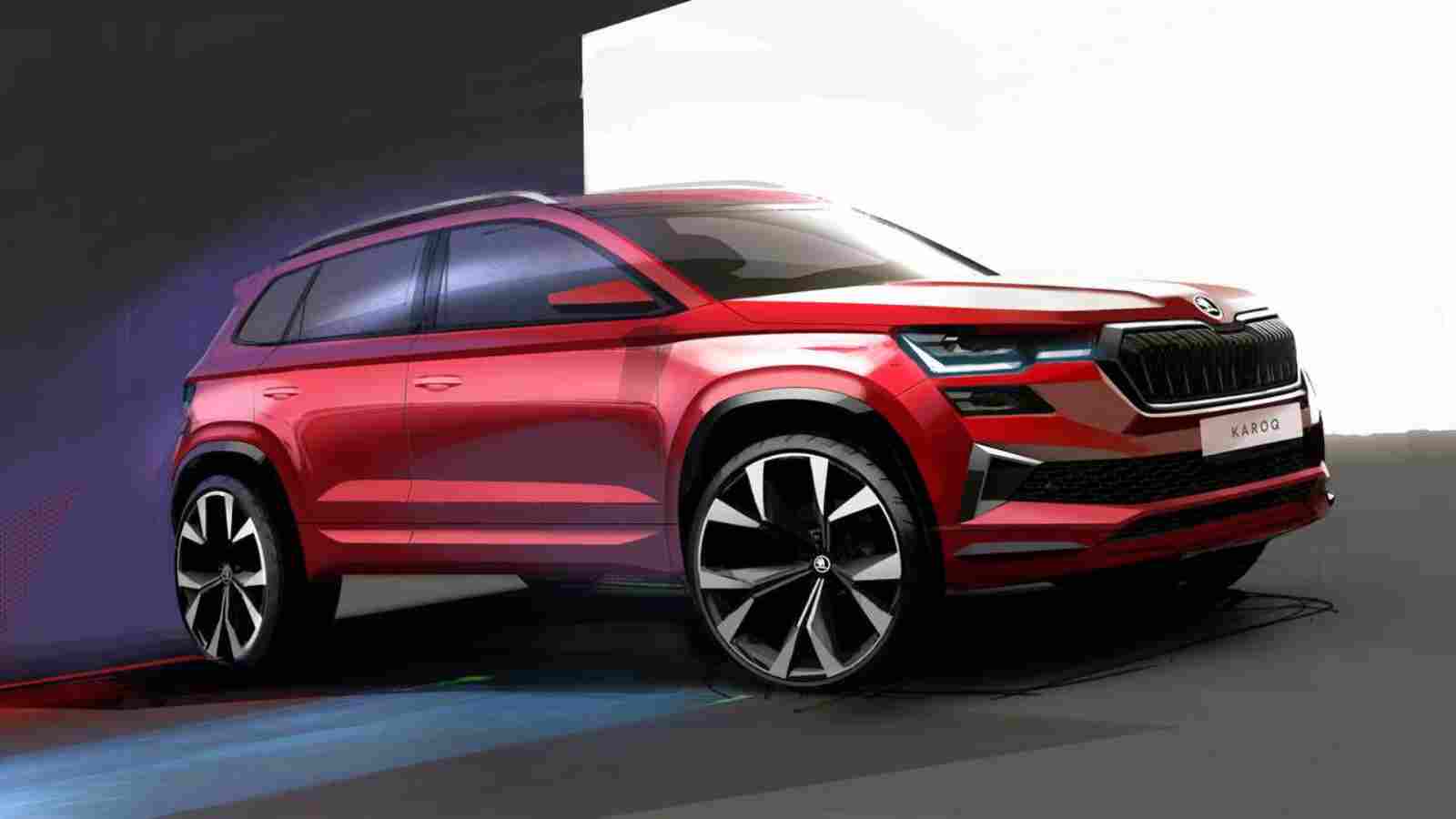 A few days back, Skoda revealed some sketches of the upcoming Karoq facelift. The Karoq could be described as a compact crossover which was an indirect replacement of the quirky Yeti. It was the Czech brand’s second best-selling model throughout 2020 as well as in the first half of this year, after the Octavia. The Karoq facelift is set to have a global reveal on 30th November 2021.  Although the existing generation was introduced in the country in May 2020 via the CBU route, this time around Zac Hollis, Brand Director, Skoda Auto India has confirmed that the facelift model will not be coming to the Indian shores. 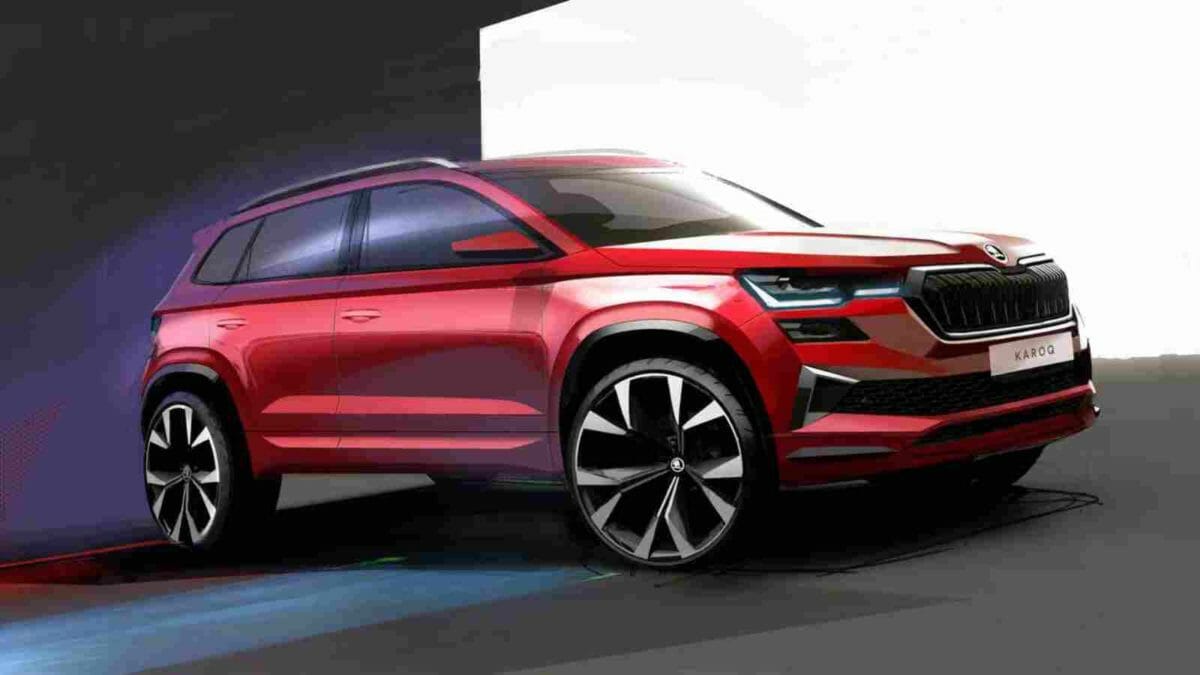 Skoda Karoq facelift: what we know so far

Despite the missing badge on the front wing/fender and judging by the two-tone alloy wheel design, we could be looking at the Sportline trim level based on the fake exhaust tips finished in chrome. Taking a page out of Audi’s book, the 2022 Skoda Karoq has a slightly slimmer lower section of the headlight as it approaches the mildly updated grille. The LED daytime running lights appear to have a split design, reminding us of the previous-generation Octavia with its twin headlights available on the facelifted model. The lower lights are now angled towards the side of the car rather than pointing at the grille as is the case with the current Karoq.  The bumper with the wide air intake is likely reserved for the Sportline model and is flanked by a new trim finished in dark chrome to match the grille’s contour. 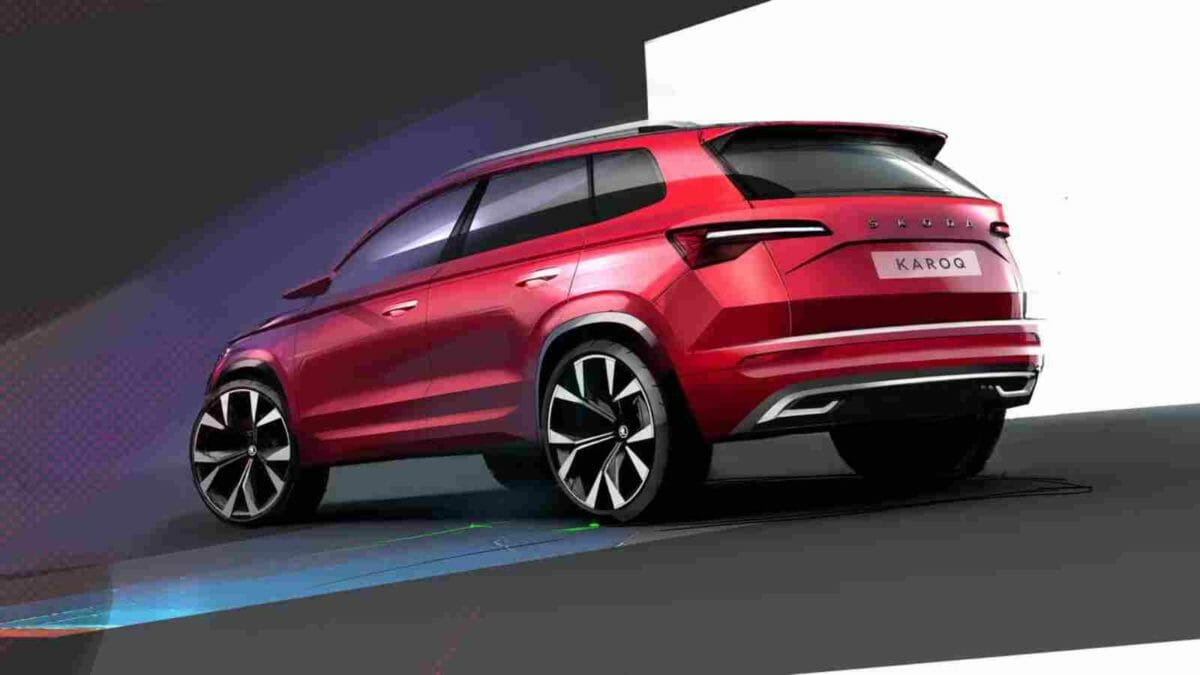 Skoda has also tweaked the taillights since they extend further on the tailgate and have a significantly different shape on the left side to mirror the headlight design with a narrower lower section. The big “SKODA” lettering on the tailgate where it replaces the company’s logo isn’t new since it was originally introduced for the 2020 model. Details about the technical specifications have not been disclosed, but we are not expecting any significant changes. The 2022 Karoq won’t get a plug-in hybrid version since the company’s boss has previously stated only the Octavia and Superb will offer a PHEV option. Expect the VW Group’s latest petrol and diesel powertrains powering the Karoq facelift