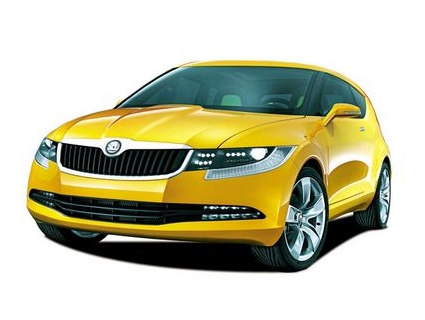 At a press conference that happened yesterday, SkodaAuto India Board Member and Director (Sales and Marketing) Thomas Kuehl confirmed that the company will launch the aforementioned models in India in the next two years. Mr. Kuehl said, “We had announced to roll out one new model every year. As part of this strategy, we will enter the volume segment and will launch a small car in early 2012.” This small car will be based on the ‘Up!’ concept/platform from Volkswagen and could be called the Joyster – the same car we told you about a few days back. Mr. Kuehl further added that the small car will be available in both, petrol and diesel options and that Skoda is targeting a 3-5-lakh rupee range for the car. Well, knowing Skoda’s inclination to project itself as a luxury brand in India, this price tag seems quite low. However, we are expecting a heavy strip down on the creature comforts and quality of materials on Skoda’s end to bring out the Joyster at that price point.

Speaking of stripping down, Mr. Kuehl also confirmed the new Fabia’s launch for late 2010. The stripped down version of the new Fabia, which we caught on test a few days back and which Skoda prefers to call ‘refurbished’, is going to be priced lower now – thanks to the dwindling sales of the car. “We will launch a refurbished Fabia in both petrol and diesel options during the last quarter of this year. It will be more competitive than the existing one,” added Mr. Kuehl. More competitive only in terms of price or on features as well? Lets wait and watch!

Artist impression of the Skoda Felicia by Automobile Magazine, France

Mr. Kuehl also said that the carmaker will introduce a new sedan that will replace the Octavia. This model would be the Skoda Felicia that we told you about and would be priced in more or less the same price range as its platform sibling, the Volkswagen Vento. The Felicia will be powered by 1.6-litre petrol and diesel engine options. “We have phased out Octavia due to stricter emission norms, it will be replaced by the new entry level sedan, which will come with a price tag of Rs 6-10 lakh,” said Mr. Kuehl.

However, the vehicle that will be launched soon from the SkodaAuto India stables is the Yeti SUV – a very important vehicle for Skoda. The Yeti is trying to create quite some hype with automobile magazines being given lavish trips to Europe to drive the SUV and then backing it up with a lavish unveiling at the 2010 Auto Expo. Whether the Yeti will really cut the cake or will end up being a money sucking leech like a typical SkodaAuto India product is something that only time will tell. But for those interested, the Yeti is all set to be launched in the next couple of months. “We will launch the vehicle as a completely knocked-down unit from our plant. The price has not been fixed, but it will be competitive,” Mr. Kuehl said.