There are instances in everyday life, when the biscuit we’ve just dipped in some hot tea, hangs over the cup as we freeze and stare at something that passes by. The biscuit eventually falls in the cup and adds taste to the beverage. A member of our staff had a similar moment. A person who likes finding himself in places which are nearer to the Moon (Losar is the closest town to the lake ‘Chandrataal’) and far away from home. He spotted a Mahindra ‘E2O’ being tested in Losar, Himachal Pradesh. The ‘E2O’ , an electric vehicle built for the city, was being tested where electricity is as scarce as Oxygen in Beijing. 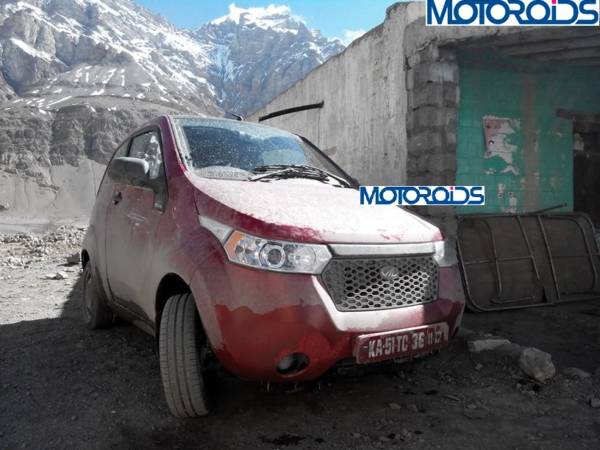 Our Colleague wanted revenge for his wasted biscuit, so he investigated to find that, the place at that moment was witnessing the coldest temperatures in the area and the car being tested was a 72 volts version, against the 48 that is on sale currently. Mahindra’s team which was camping in the area since the last 15 days was trying to replicate the temperatures in Europe during winter. The logic to that being, batteries perform below their potential in cold weather. The car according to them goes a 110 kms on a full charge, while they were striving for 134 kms on a tankful of current. The conversation also revealed that Mahindra plans to install a liquid cooling system in the car. 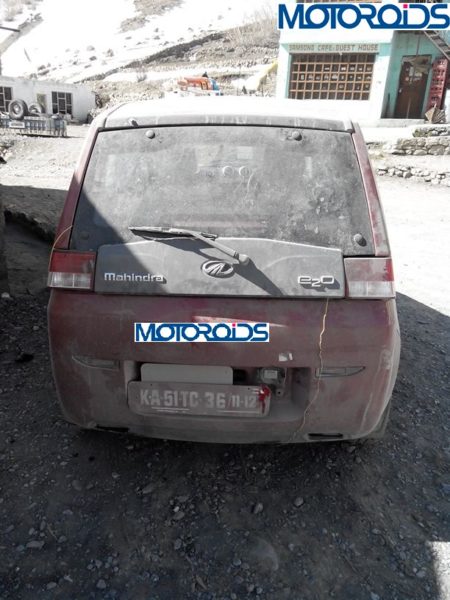 When mentioned casually during the conversation that, an Electric Sedan for a good price should do well in the market, our man was happy to hear that such a plan exists and should be out in the market in a couple years. Also, a 4-door version of the ‘E2O’ features in the plan. The conversation also revealed that Chetan Maini, the original founder of  RECC, which later transformed  into Mahindra Reva, had ruled out the plan of a ‘Plug-in’ hybrid, where a small gasoline engine works as a generator to charge batteries, as he thought the idea would defeat the very purpose of manufacturing environment friendly cars.

Surprisingly the cars tackled the ‘Lunar’ surface around Losar quite comfortably due to it’s high ground clearance and was being charged using a diesel genset.