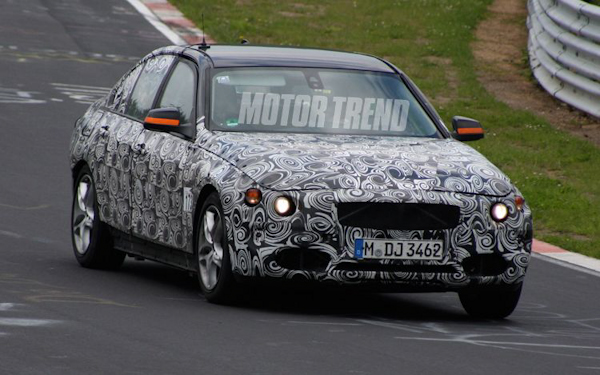 After digging up the internet, we finally have some of the photos and renderings of the next gen BMW 3 series.

According to reports, the F30 3 series is expected to be slightly longer and might have a wider track than the current car. The car will have a Z4-esque “pushing nose”. The design is clearly an inspiration from the F10 5er, the to-be-launched 6er and slightly from the current generation Z4.

Rumour has it that BMW will introduce a number of turbo charged four cylinder engines, replacing some of the straight-six units. The top of the line 3.0L six cylinder engine wont be dethroned though. The base engine can be a detuned version of the 1.6L turbo found in the Mini Cooper S. According to IAB, there will be a 4-pot diesel unit and a new 3 cylinder twin turbo ‘power’plant could also find its way, about which we aren’t either happy nor too sure. The M3 on the other hand will get a forced induction twin turbo V6.

The eight-speed ZF ‘box will be used to put the power down via the rear wheels.

The car will most probably be launched in 2011, about which we will keep you updated. Its India arrival won’t be kept secret once the car gets launched.

For now, enjoy the pics. Some are Auto Express’ renderings found on the BMW Blog, while others are winter testing pics from Car Advice Australia and some from the Motortrend magazine’s website too.