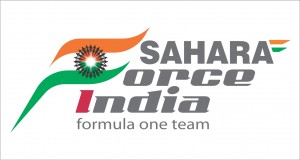 As reported earlier, in a recent development Force India F1 recently saw a new partner in Sahara’s Subrata Roy.  He has tied up with Dr. Vijay Mallya to manage Force India as it holds a 42.5% stake in its ownership.  Mallya holds 42% and the remaining 15% belongs to the Mol group.

However, team principal Mallya said that Sahara Force India was not ready to opt for Indian drivers as they were very satisfied and pleased with their current performance.  Though he is interested to have an Indian driver on the Indian team in the future, he is presently focusing on uprise of Sahara Force India.

Roy too told that the team would most likely stick to the current schedule and would not wish to jeopardize entire team’s performance just to have an Indian driver race for them. Narain Karthikeyan is all set for the much talked about 2011 Indian Grand Prix but Karun Chandok’s chances of getting into the driving seat are slim though going by the direction team is heading to both the drivers are unlikely to be drivers in Force India team. 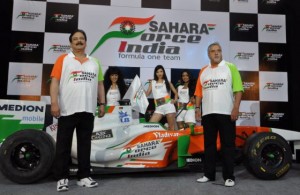 However, an Indian Team with Indian drivers behind the wheel and winning points regularly is what probably the entire nation hopes for. Fingers crossed.