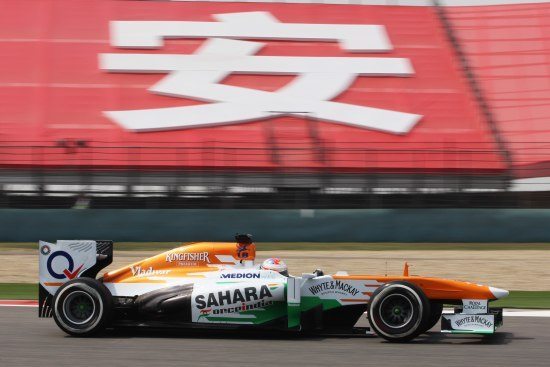 Adrian: “I’m feeling happy with how things went today. There were no major issues and we managed to test a lot of different things on the car, especially on the aero side. The important thing now is to understand which are the right parts and the best settings to use for the rest of the weekend. In terms of the tyres there is a big difference between the compounds, with the medium performing better than the soft. I think we look quite competitive, but it’s too early to say exactly where we stand.”

Paul: “I think the story of the day was mainly about tyres and trying to understand how to get the most out of them. We’ve done as much as we could, but I think everybody found quite a big difference between the two compounds. Also, this is a track with characteristics that are always quite demanding on the tyres. We worked through the programme, tried a lot of different settings with the car and need to study the data carefully tonight to make the right decisions for the rest of the weekend.”

Jakob Andreasen, Chief Race Engineer
“It has been an incredibly busy day of practice and both car crews worked well to get through such a full job list. We approached the sessions in a methodical manner and made clear decisions as soon as the data indicated the best direction to take. So much of the focus on a Friday is on tyre performance, but we also managed to complete an ambitious aero programme, which has given us a good understanding of where we need to focus our efforts going forward. Overall I’m pleased with the day’s results and I’m confident that our competitiveness is similar to the performance level we showed during the first couple of races. The next target is to get both our cars into Q3 tomorrow afternoon.”