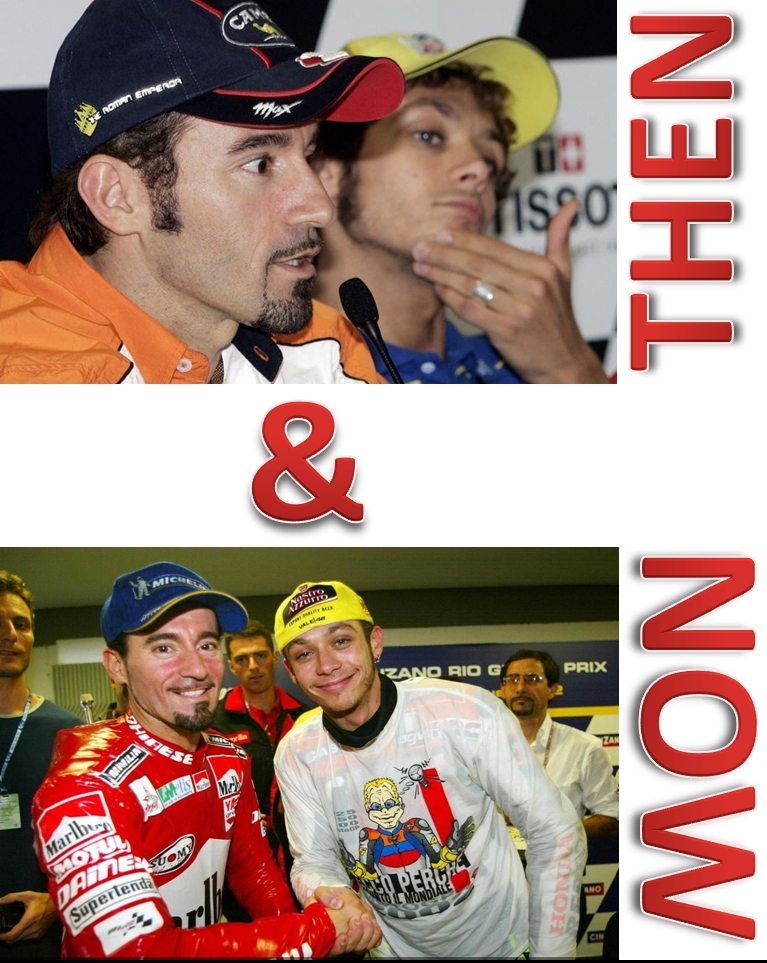 Motorcycle racing translated into a battleground view the moment the names of Biaggi and Rossi entered people’s minds. The fierce rivalry between these fellow Italians created headlines rather than just race results and at times even reached ugly levels of physical brawling.

Though Biaggi has retired from WSBK last month, it was a contrasting scene when these two met at the Sic Supermoto Day held at Latina, Italy in memory of Marco Simoncelli. They met, smile and shook hands and to add more Rossi has even subscribed to Biaggi on Twitter.

A year back Biaggi had quoted Rossi saying “I respect and appreciate Rossi, and he has never hidden his mutual respect for me. I can’t deny that he is a legendary rider, now we are both more mature and racing in two different series; we aren’t kids anymore and we respect each other’s work.”

Though their rivalries will always be remembered but it’s great to see the two legends “kiss and make up”.