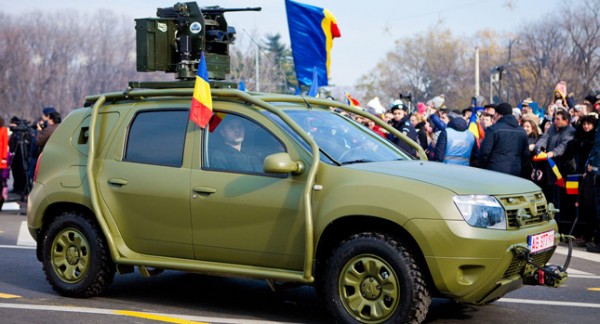 On December 1, Romania’s Ministry of Defense showcased a new special variant of the highly popular Dacia Duster compact crossover. Prepared for use by the Army, the latest Dacia Duster variant paraded under the Bucharest’s Arch of Triumph monument.

Dubbed as the Dacia Duster Army, the new car has been customized by Renault’s engineering centre in Romania (RTR) and the vehicle complies with NATO standards. 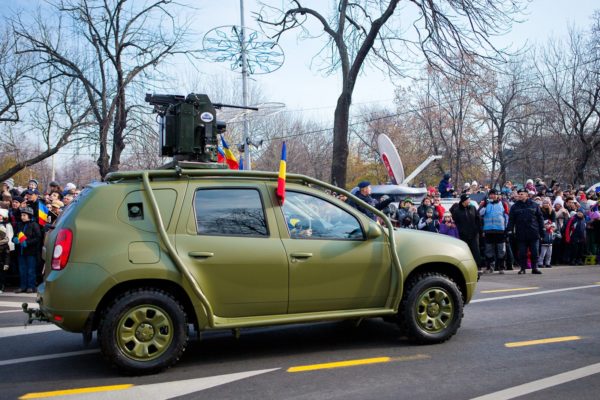 The Dacia Duster Army comes equipped with features such as an armoring system, extra underbody protection for the motor, transmission, fuel tank and rear differential, a removable winch, an anchoring system for air transport, camouflaged lights and exterior 12V and 24V sockets. Quite obviously, the biggest addition is that of the roof mounted machine gun.

It isn’t yet known if the car’s engine has been tinkered with to extract additional juice. What we do know however, is that all the armoring would have warranted more power.

What do say about the new Dacia Duster Army? Does it look macho enough to invoke memories of the legendary Hum-vee in you? Do let us know by commenting below.