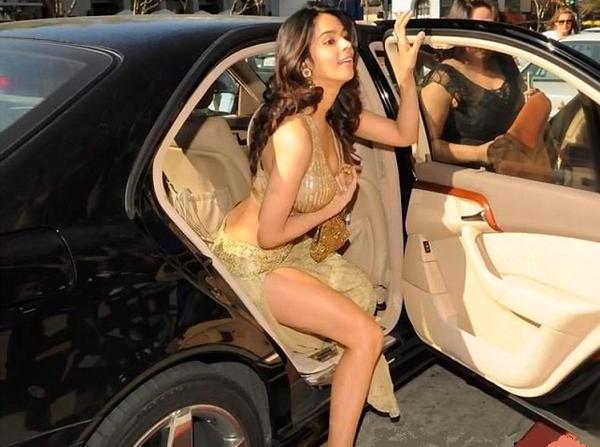 Mallika Sherawat might have played a role with Jackie Chan and Stanley Tong. She might have got clicked standing near the US President Barack Obama. She also might have posed with Michael Lambert, Yanni, Ric Wake and some other people from Hollywood. She might have her bank account flush with money she has earned by doing item songs. She might have also got very recognized in the country due to her dressing sense, or should we say, the lack of it. There must be several things Mallika might be up to but what she won’t be seen doing is driving around in her own Rolls Royce car. Apparently, Mallika recently decided to buy herself a Rolls Royce. Now, the Brit luxury car maker does a background and status check before selling its cars. It seems like Mallika’s curves and X-factor could not impress Rolls and they denied selling her a car. As expected, Mallika is not agreeing to this news and she tweeted, “not true. Please don’t believe silly rumours.”