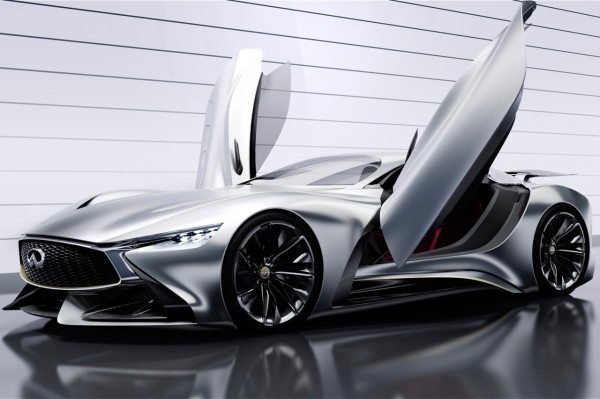 Nissan’s luxury arm- Infiniti seems to have pulled a car straight out of star trek, well not for the road but for Sony Playstation’s Gran Turismo driving simulator. Starting off as an ambitious global Infiniti Design competition to design a pure Infiniti GT car, amongst all Infiniti’s global studios- the Chinese designers from the Beijing headquarters came out triumphs on the winning concept. 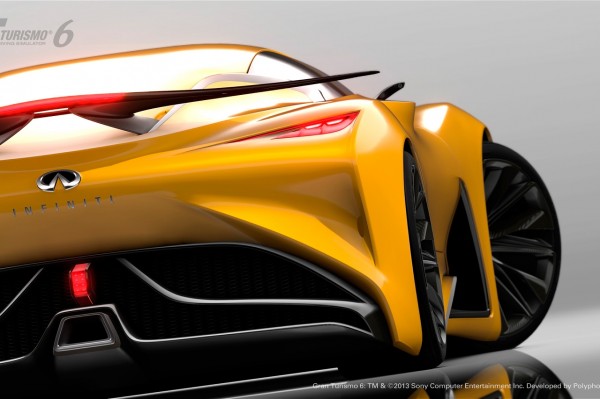 The Infiniti Vision Gran Turismo Concept has already been made available for download since yesterday for the driving simulator. With the tech bits revealed, the concept reads a naturally aspirated 4.5 litre front mounted V8 that sends power to the rear wheels through a transaxle-type gearbox. The engine complemented by an electric motor is said to deliver immense power with a sensual exhaust note with an unrestricted top speed. With a 45:55 front-to-rear weight balance, Infiniti states that gamers would enjoy actively drifting the rear. 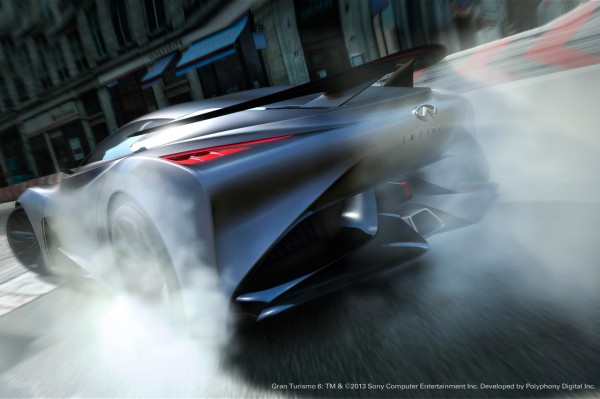 Though a real life production car seems improbable- but the GT Concept should make an apt appearance in a sci-fi or an animation flick. The only car from Infiniti that can come close to this gorgeous concept would be the Q60 Concept that could probably copy a few cues from the GT before its appearance at the Detroit Motor Show next month.

Have a look at a few more images below……”stunning” is the word!