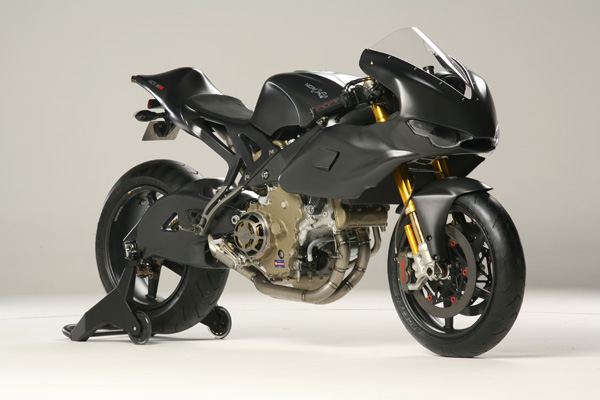 This sure is one of the sexiest machines we have ever seen. Just that it'll put you back by more than Rs 1.5 crores

What you are looking at right now is one of the most extreme road-going motorcycles ever produced in the world. NCR has always been known to create some of the best specials in the world, but this one is so good, they are going out to call it the most exclusive bike to have ever been made. Say hello to the Italian firm’s 200bhp Millona 16, or M16 in short which takes power to weight ratio to a totally different level.
The M16 is based on the prohibitively expensive Ducati Desmosedici MotoGP Replica producing 200 horses, with a mind boggling Rs 60 lakh if sold in India. Now imagine doing things to such an exotic bike to make it lighter, faster, sexier, and much, much more expensive. It’s no surprise if the resultant machine lays claim on being the most exclusive bike in the world.
The new bike’s frame in made entirely of carbon fibre, replacing the ‘usual’ Desmo’s steel structure. And if that sounds like a lot of carbon fibre to you, then prepare for this – the fuel tank, half-fairing, rear subframe, tail unit, front mudguard and even the wheels are made of carbon fibre.

The resultant weight? Believe it or not, the bike boasts of a claimed dry weight of 145kg – 26 kilograms lesser that the stock Desmo and lighter than a MotoGP bike.
Whatever little metal is used comprises of either titanium or aircraft-grade aluminium. The suspension and brakes boast of MotoGP spec stuff from Ohlins and Brembo. The peak power is unchanged at 200bhp, but the engine has been retuned by NCR for a different character and a different pattern of power delivery. Revealed about a week back during the Ducati Week at Misano, the bike will be built only to order. The price? Well, you’ll have to pay close to Rs 80 Lakh outside India. Here, it’ll put you back by more than 1.5 crores. World’s most exclusive bike? You bet!