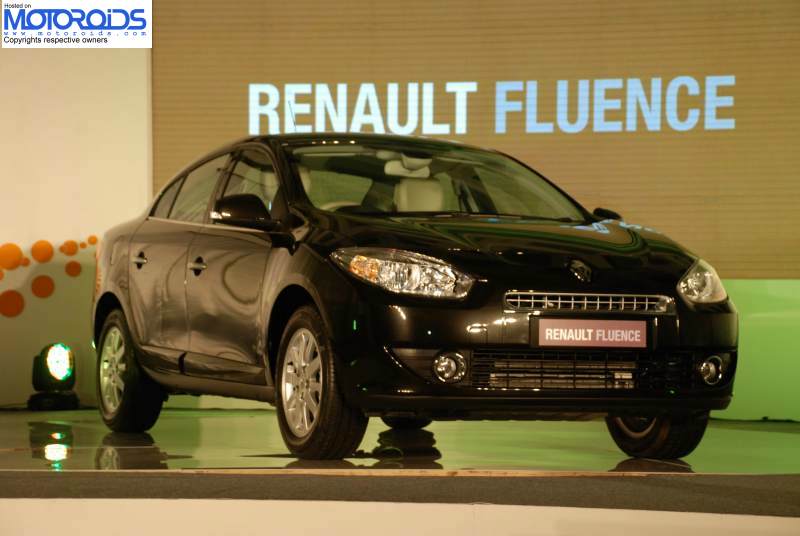 Renault India launched the Fluence sedan in Pune and launched company’s exclusive dealership ‘Renault Shivajinagar’ in the city today. The Fluence is the first Renault car to be produced at the company’s Indian plant near Chennai.

Speaking to journalists during the launch of the Renault Fluence in Pune, Mr. Len CURRAN, VP Sales & Marketing, Renault India said, “It is a very proud moment for us at Renault India to launch not only the Renault FLUENCE, our first built-in-India car. We have started with 14 dealers across the country, ramping up to 40 dealers by the end of this year, and have a full range of 5 cars and 100 dealerships by December 2012. We understand that the Indian customer is extremely value conscious, hence not only will our products be in tune with customer expectations, but our commitment will be visible through every aspect of a customer’s interface with us,globally benchmarked Product Quality, Service quality, Network quality and our After Sales Service commitment.”

The Renault Fluence has recently been launched in India in both Petrol and Diesel versions. The Petrol version comes with a 2.0 litre engine coupled with a CVT (Automatic) gear box, while the Diesel version has a 1.5 litre engine matched to a 6-speed manual gear box.

Apart from the Flouence, Renault plans to launch the KOLEOS (4×4 SUV) in 2011. Three more cars will be launched in 2012 including a small hatchback.

The Renault Fluence comes with the “Renault COMPLETE CARE” service package, which includes