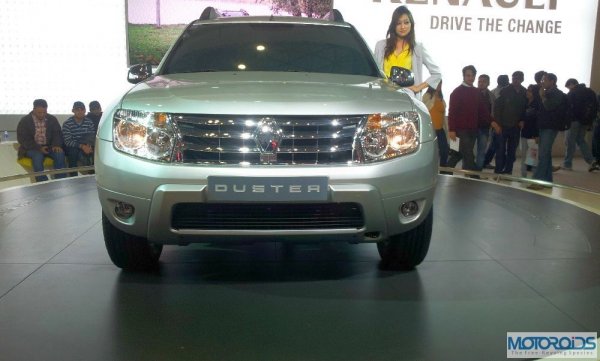 We first saw the Renault Duster at the Auto Expo held at New Delhi in January. Ever since, we have been test mules of this car at many corners of the country. Now, Ford Ecosport should be here by early 2013 and Premier has just plonked in a 1.3 Multijet in the dated Rio. As we have been saying, the mini SUV scene is fast heating up in the market. We had been expecting a Diwali season launch for the Dacia, nay, Renault Duster and the latest  news about the upcoming Indian innings of the car is that Renault India has updated its website with the details of this car.

“An SUV that is as powerful as it is sleek and stylish. An automobile that’s won accolades across the globe. It’s the Renault Duster.
With a unique design that’s both trendy and compact, the Duster will change the way India looks at SUVs. “