Skoda Auto has revealed the new top version of the Kodiaq SUV. The new top-of-the-line Kodiaq will be showcased at the International Motor Show 2018 in Geneva. The L&K equipment line is named after the company’s founders Laurin and Klement.

The launch of the Skoda Kodiaq L&K brings with it a new engine range for the brand’s large SUV. The range now includes a 1.5-liter TSI engine providing 150 hp, and the 2.0 TSI engine’s output has increased from 180 hp to 190 hp. The new petrol drivetrains feature particulate filters to reduce particulate emissions. This will be available for all equipment versions of the Skoda Kodiaq in the future. The latest generation 7-speed DSG for petrol engines and the 2.0 TDI engine with 150 hp are also making their debut. 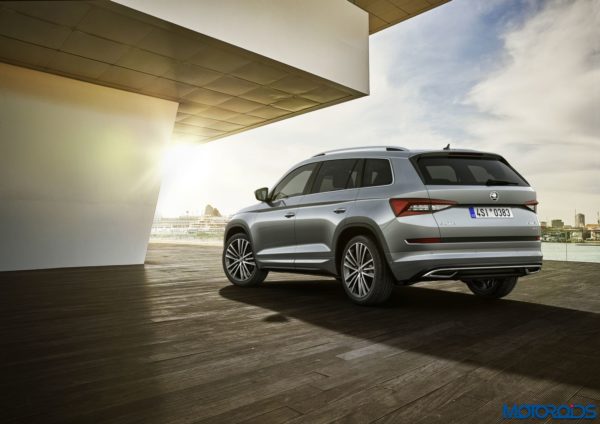 Another 2.0 TDI drive with 190 hp completes the engine range. The two strongest engines come with 4×4 drive as standard and is available as an option for the other two. The all-wheel-drive variants of the Skoda Kodiaq L&K also have Adaptive Chassis Control DCC (Dynamic Chassis Control) as an option. 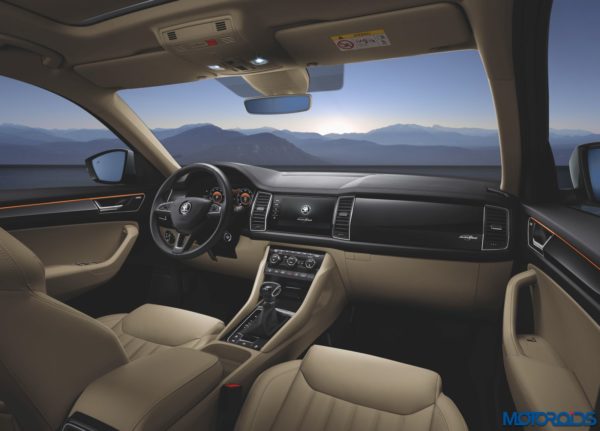 Interior feature a three-spoke multifunction leather steering wheel, optionally available in black or beige leather trim. A subtle ‘Laurin & Klement’ logo can be found on the seats as well as on the trim strips of the instrument panel, which features in black piano lacquer accents. The logo can also be seen on the home screen of the infotainment system. The standard equipment also includes an electrically adjustable driver’s seat including memory function, door sills, which bear the ‘Kodiaq’ model logo, aluminium pedals, textile floor mats, a rain sensor, an auto-dimming rear-view mirror, ambient lighting and the CANTON sound system.