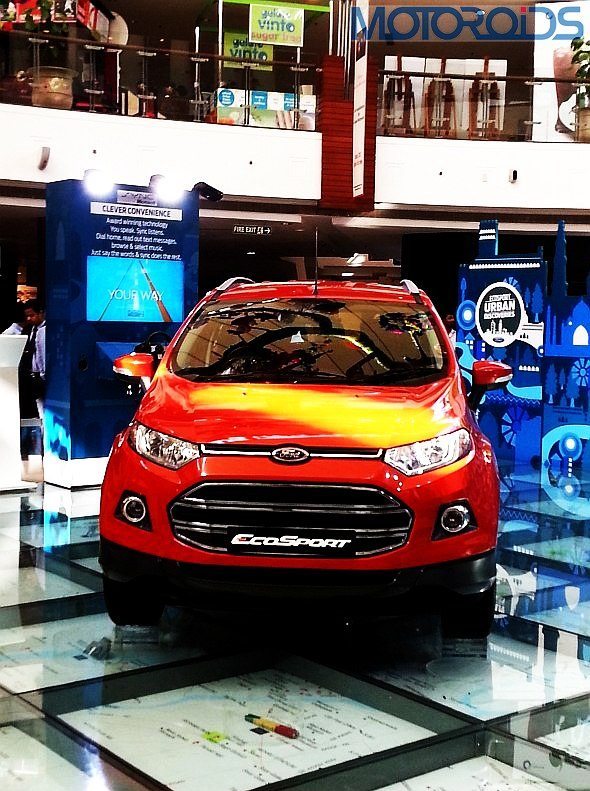 We reported in detail when Ford India showcased the production spec Ford EcoSport in a mall in New Delhi. The Ford EcoSport is looking poised to become an instant hit. What with a tremendous response it has garnered from Indian car enthusiasts and buyers? 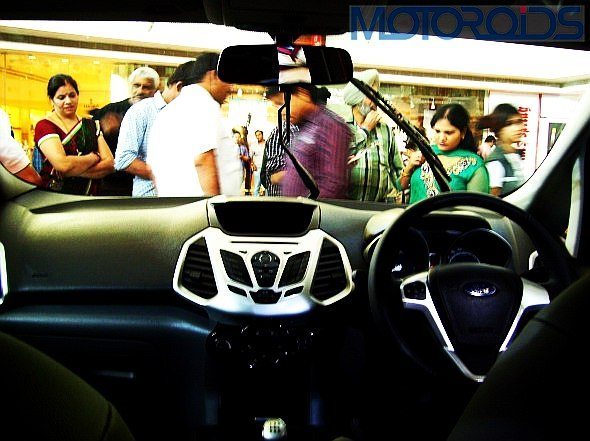 Our man Nishu Nidant checked out the ‘launch-ready’ car and came back mighty impressed with the latest from Ford India. The India spec Ford EcoSport Compact SUV will come equipped with a range of features which will include everything from aircon, power steering, power windows, central locking, 60:40 split seats to a tasty set of alloy wheels, decent In-Car Entertainment system with CD/MP3/AUX compatibility, rear parking sensors, driver’s airbag, front passenger airbag and curtain airbags, ABS and EBD, SYNC, Keyless entry system and Push-button start system. The India spec EcoSport comes with 200mm of ground clearance and has a 550mm water wading ability. Nishu reports that the plastics on the inside of the Ford EcoSport might disappoint those with high expectations. Don’t get us wrong though. The plastics seem like they would last long but they lack the ‘rich feel’ that is associated with some of the expensive cars. By the way, did we say that we are in love with those sporty looking dials? 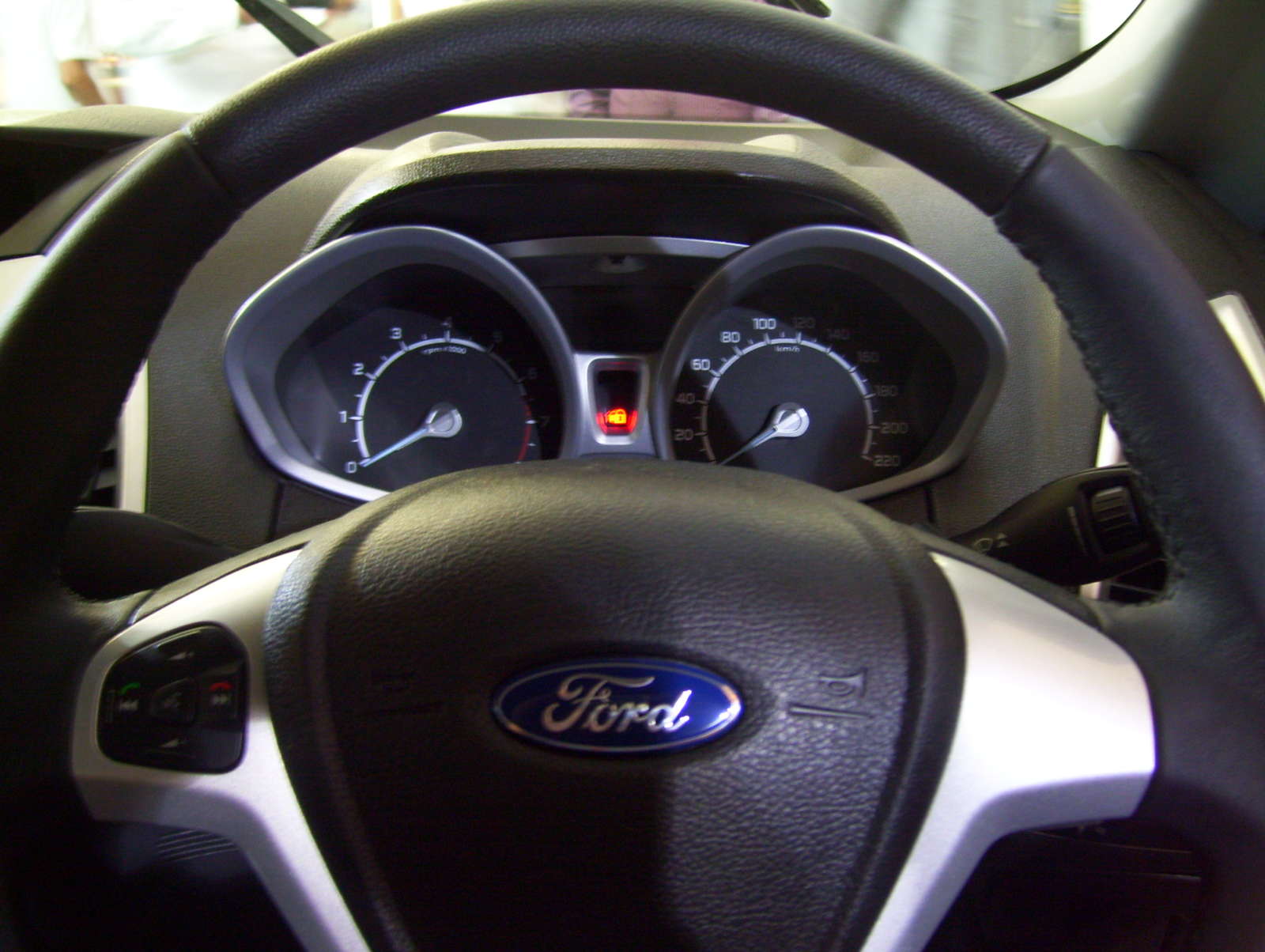 The Ford EcoSport will be launched with three engine options in Indian car market. These include- 1.0 litre turbocharged EcoBoost petrol engine, 1.5 litre Turbocharged diesel engine and 1.5 litre Normally Aspirated petrol engine. All the three motors will be mated to a five speed manual gearbox, with the petrol engines getting an optional automatic transmission. 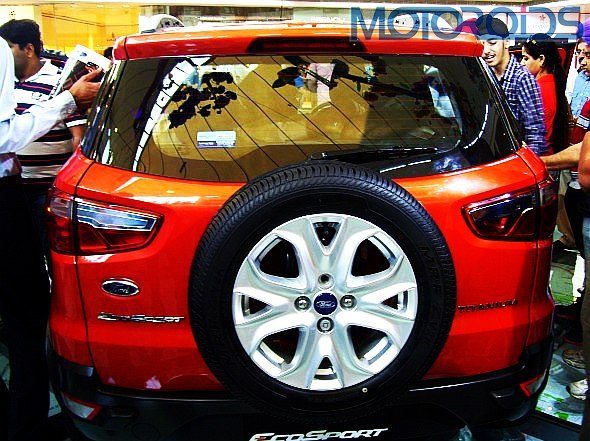 We will have to give it to Nishu for managing to fight his way through a swarm of enthusiasts and having a close look at Ford India’s new baby.