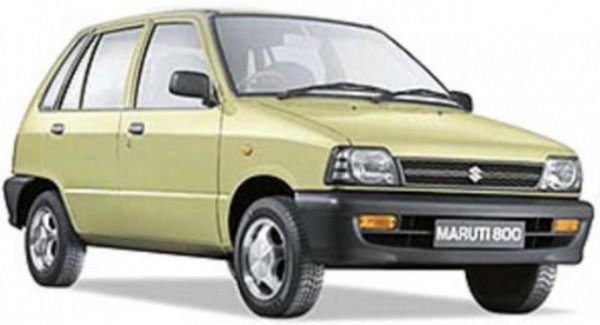 This news has certainly saddened me. Like many others, I learnt to drive in a Maruti Suzuki 800, one of the most popular cars Indian car market has ever seen. Now, the 800 I am talking about was bought in the last week of April some 15 years ago and funny coincidence is that the production of the humble car will be discontinued towards the end of this month.

Until less than half a decade ago, 800 used to be the carmaker’s bread and butter model. Owing to stiff competition from rivals, the more than 2 decade old war horse was shown the door and the Alto saw some really aggressive price cuts. It may be noted that the 800 is largely based on the first generation of Alto and the Alto on sale in India is the last generation of the Alto brand, the latest being the A-Star. Phew! Keeping the name game aside, it may be noted that the 800, which is still on sale in tier II cities and easily clocks monthly sales of about 2000 units, is fast losing out to the popular Tata Nano.

A news daily recently reported that the sales of Maruti 800 will be completely withdrawn by the end of April 2012.

MSIL, has announced in the past that they are planning to bring a replacement to the aforementioned models.

“A replacement for the 800cc model makes sense as it hasn’t been selling very aggressively at about 2,000 units a month. This will be a totally new small car, though based on an existing platform,” a company official had earlier said.

Keeping up with the changing times, this new model will sport a new & modern styling but will have the same 800cc motor at its heart, albeit, in a new state of tune.It may be noted that Mr. Nakanishi also said that the current Alto will NOT be axed after the launch of the replacement car. As per him, this development will see an investment of more than Rs. 550 crores. The manufacturer plans to export this new model a few other Asian nations and also to Latin America and North Africa.

“With petrol prices on the rise and urban spaces getting crowded, the fuel-efficient compact car category is expected to show strong growth in the future. However, the next step is developing smaller diesel engines for the segment,” an industry expert said.