Home News Porsche Pajun to head into Production in 2017 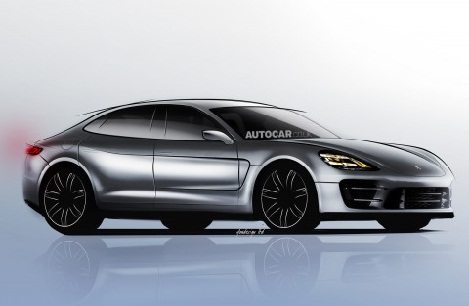 Porsche will soon be seen making foray into the rapidly growing luxury executive sedan market with a ‘mini- Panamera’ which is being called as the Pajun.

AutoCar says that the Pajun has only recently got the ‘go ahead’ from management and would be launched in 2017. The car would battle it out against the Mercedes E Class, BMW 5 Series and Audi A6. Joining the likes of these cars would also be the Maserati Ghibli which has been in talks since some time now.

The Porsche Pajun is being co developed by Audi and is expected to ride on MSB-F platform.

Power options for the Pajun will be –

Also on the cards is a plug-in hybrid system.

Mated to these engines would be a seven-speed manual gearbox with a dual-clutch PDK system being available as an option.