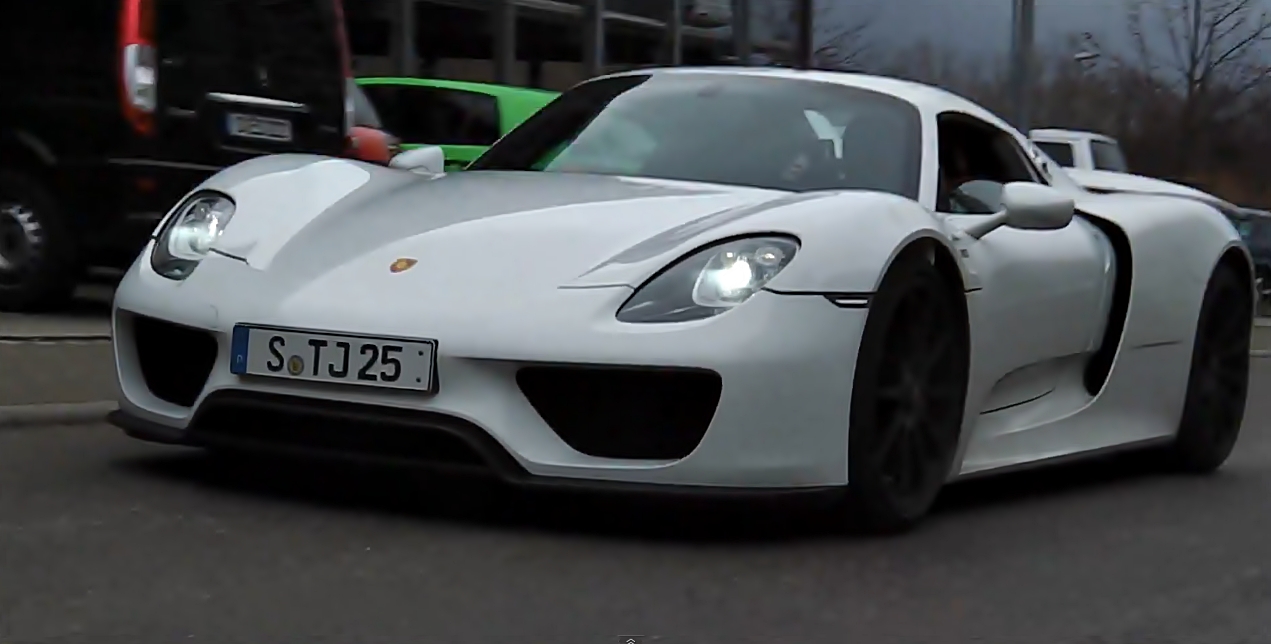 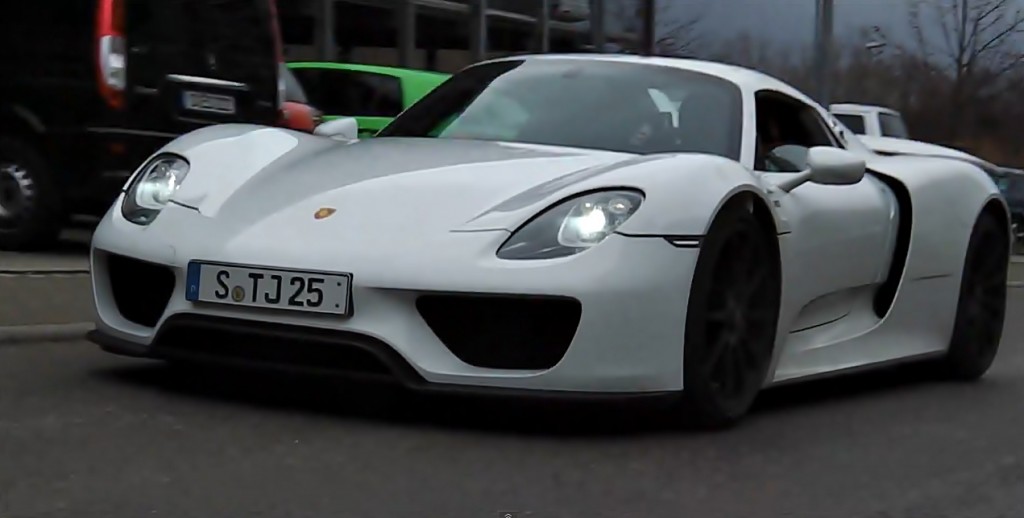 The Porsche 918 Spyder is one car that’s taking a real long time to come. Having premiered as a concept way back in March 2010 at the 80th Geneva Motor Show- the car has been spotted couple of times before, and though the car was slated to begin delivery in December last year, one still has to see an owned 918 Spyder on road. A ‘Weissach’ package was announced even before the car could go on sale. The performance package Porsche 918 Spyder boasted of 0-100 kph in just 2.6 seconds with 200 and 300 kph coming up in 7.2 and 19.9 seconds respectively.

Getting back to the production variant- thanks to a good bloke called DrGumoLunatic has managed to shoot a video of the Porsche 918 Spyder which we believe to finally be the 310 series production version, albeit without the ‘Weissach’ package. But there isn’t a substantial performance margin between the production model and the ‘Weissach’ variant. The hybrid supercar pumps out 608 bhp from its 4.6 litre V8 and further complemented by two electric motors adding a further 281 bhp (127 bhp front and 154 bhp rear). The combined power setup of 887 bhp is able to propel the car from 0-100 in 2.8 seconds with a top whack of 340 kph. On a standalone basis, the electric motors can push the 918 Spyder to a top speed of 150 kph. 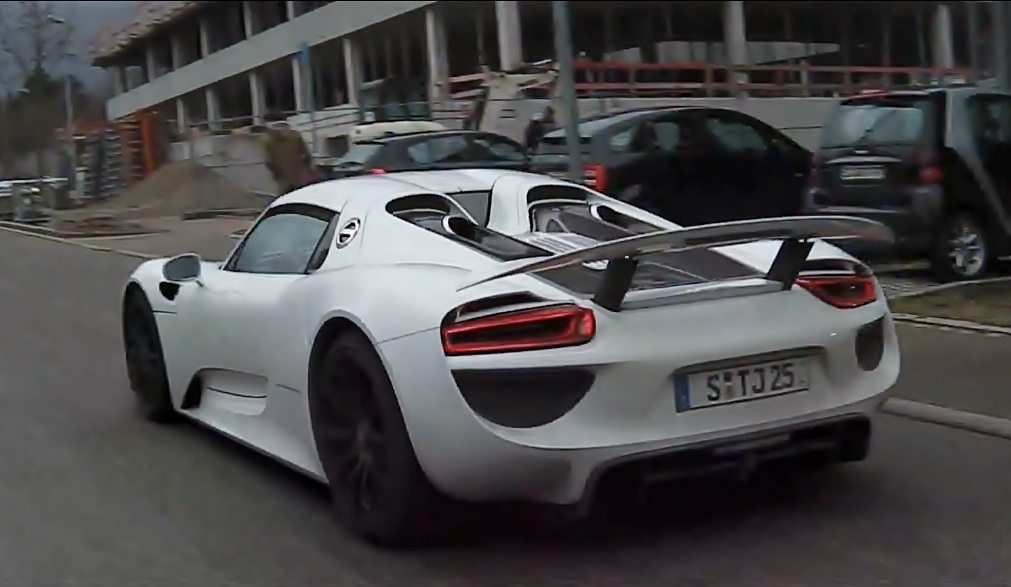 Concluding the story, spotting of the production variant Porsche 918 Spyder hints at the delivery dates inching closer. How we wish to hear those high mounted rear exhausts in real! And here’s the video we’ve been talking about.