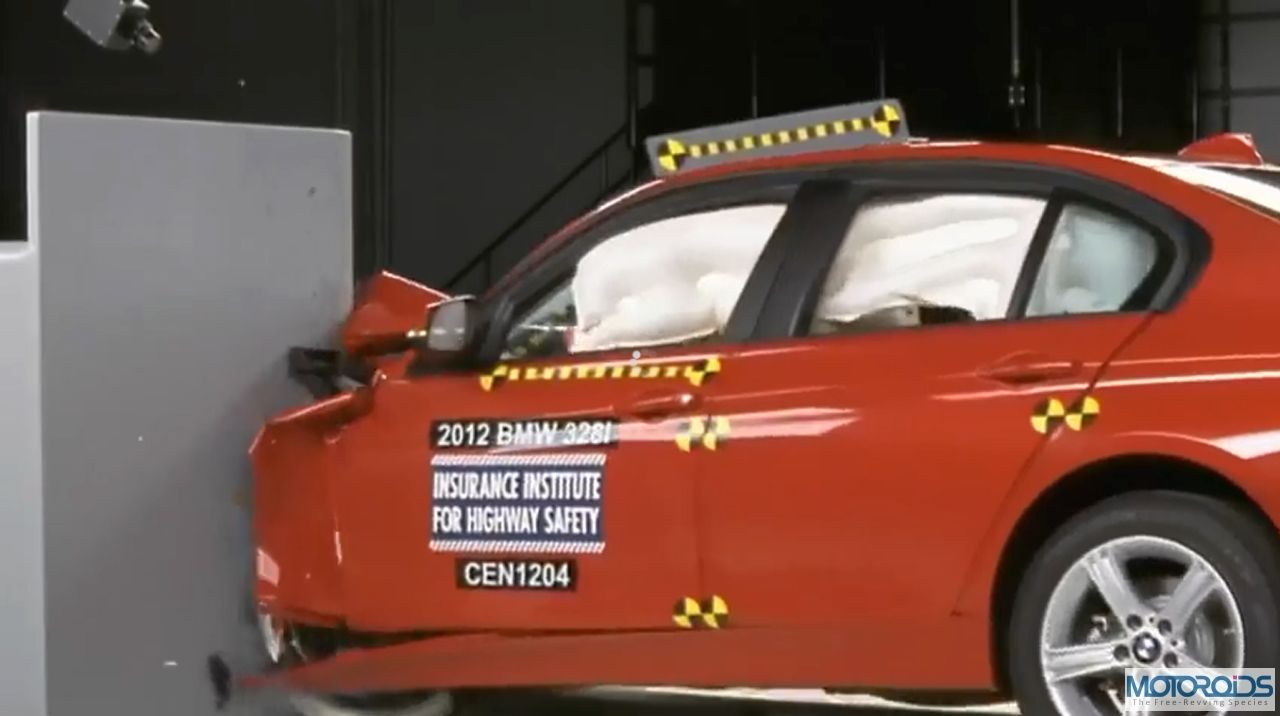 It is a common perception that luxury cars score highly on crash protection. However, many highly popular offerings from various luxury car manufacturers, including the new 3 Series from BMW, have scored poorly in a new frontal crash test which apes the head on collision of a car with another vehicle, electricity/telephone pole or a tree. The test is from the Insurance Institute for Highway Safety.

The ratings were given as per the performance in three areas: structural integrity, the effectiveness of the restraints and potential injuries.

Of a total of 11 latest entry level luxury cars that were put to test, merely two — the Acura TL and Volvo S60 — earned “good” ratings in the ‘small overlap frontal crash test’. It may be noted that Volvo is presently owned by Chinese car maker Geely.

Nissan’s Infiniti G could manage only an “acceptable” rating at this test. The very popular Mercedes Benz C-Class, the Audi A4, the BMW 3 Series, the Ford Lincoln MKZ and the ES 350 & the IS from Toyota owned Lexus were awarded an overall rating of “poor”.

The cars fared badly in spite of the fact that almost every modern executive sedan has a safety cage to ensure the protection of the inhabitants in event of a head-on collision. However, small overlap crashes, that involve an impact on only the front corner of a car, have maximum effect on the less protected outer edges of the vehicle.

The right foot of the crash dummy in both the C-Class and the Lexus IS was struck under the brake pedal.

Of all the vehicles that were tested, the Audi A4, BMW 3 Series, Mercedes Benz C Class and the Volvo S60 are currently on sale in India. It is reassuring to see that inspite of a Chinese owner, the Swedish car maker has maintained its status of manufacturing some of the safest cars out there.