Home News Petrol gets cheaper by INR 1.15; Diesel dearer by 50p per litre 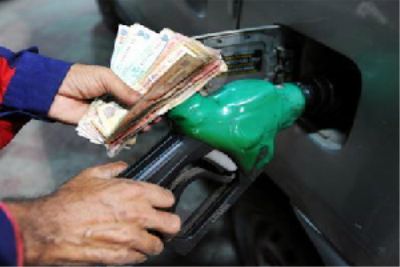 It has emerged that prices of petrol have been slashed by as much as INR 1.15 per litre. On the contrary, diesel prices have gone up by 50 paise per litre. The new prices will come into effect post midnight tonight. The price changes that have been announced are exclusive of local sales tax or VAT.

The hike in diesel prices by 50 paise is in line with the decision of the government to allow oil companies to raise prices of diesel in small installments. 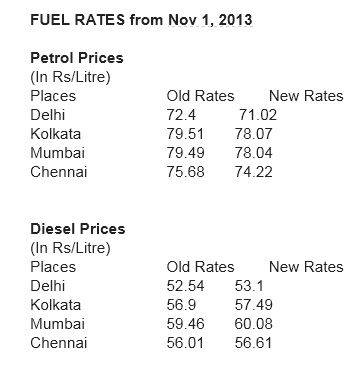 “Prices of petrol were last revised downwards on October 1 by Rs 3.05 per litre (excluding state taxes) on account of softening of prices in international markets as well as strengthening of the rupee. Since last price change, international prices of petrol have declined marginally from about $ 113 per barrel to about $ 112. The Rupee-$ exchange rate has appreciated from around Rs 63 to a US dollar to around Rs 62. Both these factors have resulted into a reduction in prices of petrol,” Indian Oil Corp said.

Talking about the diesel price increase, it said,”Even after the current increase, under recovery (revenue loss) on retail diesel shall stand at Rs 9.58 per litre,“

“The movement of prices in international oil market and Rupee-$ exchange rate is being closely monitored and developing trends of the market will be reflected in future price changes,” the statement added.