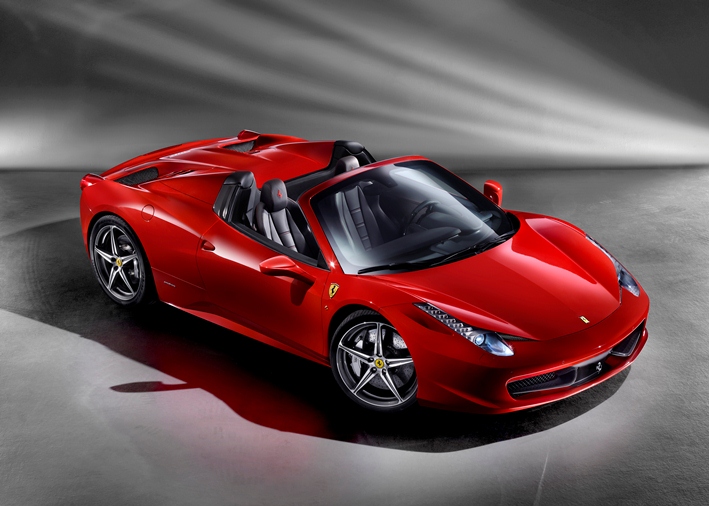 Power, as we told you earlier, will come from the same engine that powers 458 Coupe. The naturally-aspirated, direct-injection 4.5 litre V8 produces 570 Ps of power at a high 9000 rpm and 540 Nm of torque at 6000 rpm. The power is transferred to the road by Ferrari’s dual-clutch F1 paddle-shift transmission through the sophisticated E-Diff.  The diff is integrated with the F1-Trac traction control and ABS for maximum handling dynamics.

The Spider’s features have been honed to maximize the driving pleasure with the top down. Even the engine soundtrack has been perfected to ensure that the car’s occupants are completely captivated by the drop-top driving experience.

Made entirely of aluminium, the 458 Spider’s hard-top offers 25 kgs and performs deployment trick in 14 seconds flat. The new, patented design for the roof make sure that very small space is required to house the roof, enabling  the designers to include a generous rear bench for luggage.

Even with the roof down, no feathers get ruffled. The design was perfected to slow and diffuse the air in the cockpit, enabling normal conversation to be held even at speeds over 200 km/h.

Here’s the detailed specification sheet of the car.