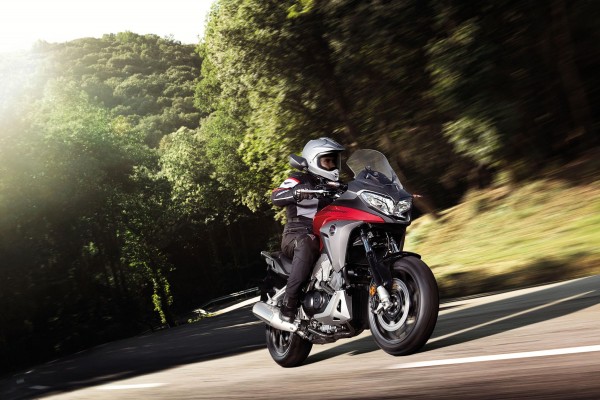 Honda Motor Europe has announced the new 2015 VFR800X with a whole host of changes and new features to confirm its position as a premium Sports Tourer. The 2015 VFR800X gets a revised 800cc V4 engine for more top end power and mid-range torque. It also gets sharper looks, longer travel suspension, and new wheels and brakes. Other features such as S-TCS, ABS, LED lights, self-cancelling indicators and heated grips come as standard.

The Japanese two-wheeler maker says that the 2015 VFR800X combines Honda’s 800cc V4 engine with an upright, street-oriented riding position for maximum touring comfort but with the phenomenal performance of its twin brother, the VFR800F. The 2015 VFR800X pushes the concept forward for a stronger all-round sporty ride and sharper modern styling.

At the heart of the machine is a VTEC-equipped 90° V4 DOHC 16 valve engine, which now offers increased low and mid-range torque for flexible, effortless drive, plus increased peak power of 78kW (approximately 104.5bhp), delivered at 10,250rpm. 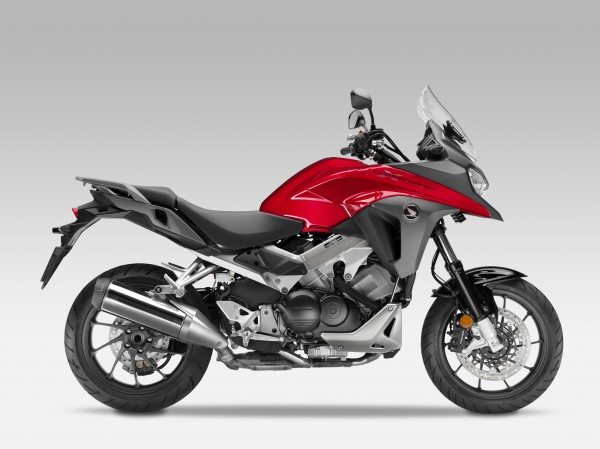 The rider now also benefits from the same kind of Selectable Torque Control System (S-TCS) fitted to the Crosstourer. Two levels of S-TCS are available (plus off), to sense imminent loss of rear wheel traction, and seamlessly reduce torque to allow the tyre to grip.

The 2015 VFR800X will be showcased in the UK at Motorcycle Live between 22nd and 30th November 2014 and available through Honda UK Motorcycle dealers from early December.