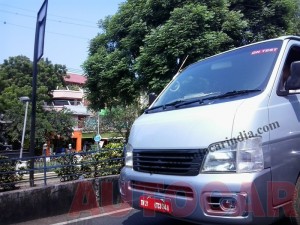 Nissan is surely getting aggressive with its plans for Indian market. The Japanese car maker has formulated several strategies to get a bigger chunk of Indian car sales. Now, it seems like one such plan by Nissan is to flood our car market with its upmarket vans. It may be noted that the Japanese car maker recently launched the Evalia in India and now, what we have here are the first pics of the Nissan Urvan van being tested in India. 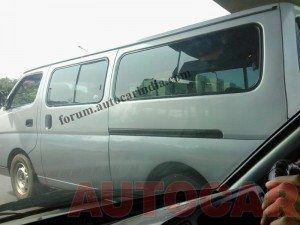 The vehicle was spotted near Chennai and it is being said that Nissan India wishes to first check the kind of response that the Evalia garners and subsequently launch the Urvan.

The Urvan is a full fledged van and will cater to the commercial vehicle segment. The Urvan can be put to use as either a cargo van or a 14 seater people mover. The Urvan is powered by a 105 bhp- 209 Nm , 3.0-Litre, 4-cylinder oil burner in Philippines.

When launched in India, the Urvan will rub shoulders with the likes of Tata Winger. Stay tuned for more info. 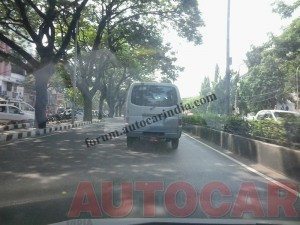