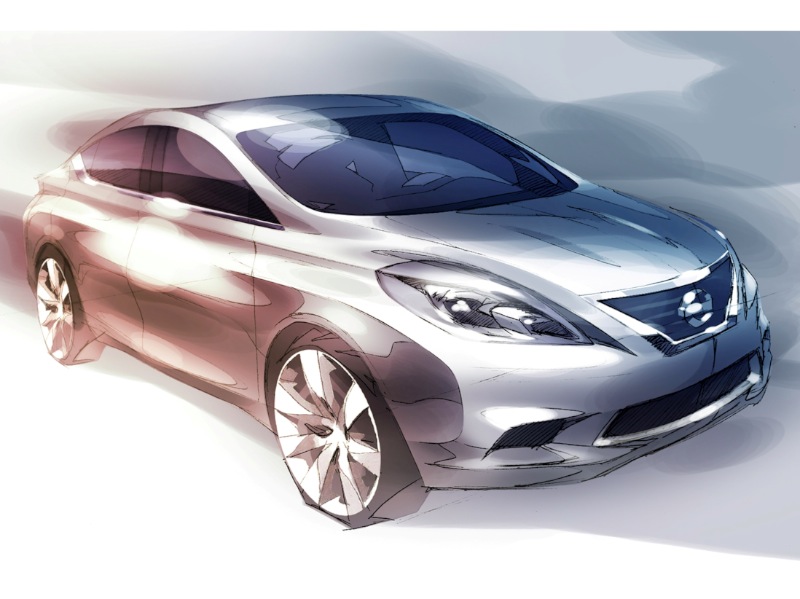 Nissan has unveiled a sketch of the next generation sedan- reportedly coming for the 2012 model year. The sedan, which is yet to be christened, will make its first international debut at the 8th China International Automobile Exhibition in December, 2010. Nissan’s officials have stated that the new sedan is not a sedan version of the Nissan Micra, but it is a completely new sedan based on Nissan’s versatile ‘V’ platform. The new sedan is believed to be powered by a 1.6 litre petrol engine and a 1.5 litre diesel engine. The production version of the new sedan will first go on sale in China and thereafter, it will make its way into showrooms in India in the second quarter of 2011.