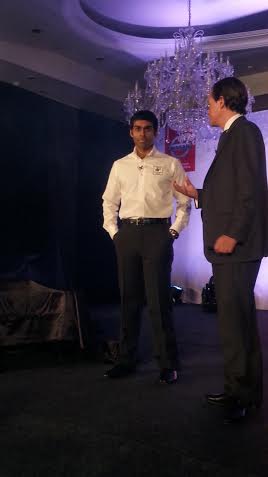 Nissan, along with its partner PlayStation, today launched Nissan PlayStation GT Academy, a driver discovery and
development programme that could be the gateway to motorsports for motor racing aspirants in India. With the launch of GT Academy, Nissan, one of India’s youngest global automobile brands, will have the opportunity to connect even more closely with the Indian audience.
The international award-winning Nissan PlayStation GT Academy is in its sixth year and has been hugely popular and successful in Europe, Russia, the USA, the Middle East and South Africa. Today’s launch signifies India’s inclusion in the newly created international league.

GT Academy’s Indian qualifying rounds will begin with ‘Live Events’ in high-footfall shopping malls in five select Indian cities and at a later stage will also include an online qualifying round that will be hosted on the PlayStation Network (PSN). Nissan will host the inaugural round of the competition on February 6, 2014 at the Delhi Auto Expo, organized at the India Expo Mart, Greater Noida in the National
Capital Region.