Spectre, the upcoming James Bond flick, scheduled for a release on 6th November 2015, may feature the Jaguar C-X75 hybrid super-car as the villain’s choice of steed. Sadly, the concept (above), showcased at the 2010 Paris Motor Show, never saw it to production due to budgetary concerns. Since then Jaguar is trying to promote its potential through the unborn super-car, which saw an extremely limited run of just 5 prototypes (below). In its biggest media outing ever, the C-X75 will now be featured in a major motion picture. 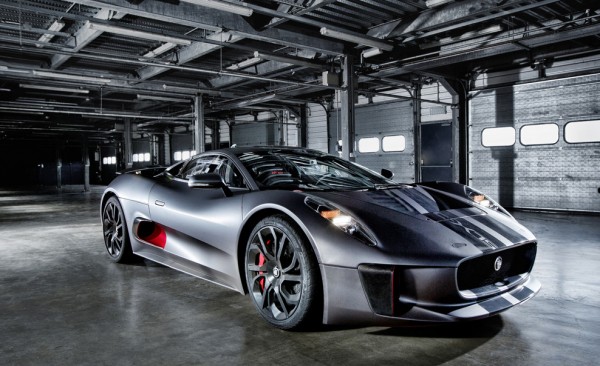 The C-X75 has a combined power output of more than 850 horsepower and 1000Nm of torque, thanks to its state-of-the-art, Formula 1-inspired, 1.6-litre dual-boosted (turbocharged and supercharged) four-cylinder internal combustion engine which generates 500 hp at a shrieking 9,700 rpm. The high-shot motor is allied to four highest torque and power density electric motors in production, which generate a further 356 hp. The battery pack in the C-X75 is the highest continuously rated power PHEV pack in the world, capable of delivering more than 300kW over the full state of the charge window. The C-X75 can sprint from 0-160kph in less than six seconds, thanks to its advanced 7-speed automated manual transmission that allows gearshifts in under 200 milliseconds. The C-X75 prototype has a theoretical maximum velocity of 354kph. 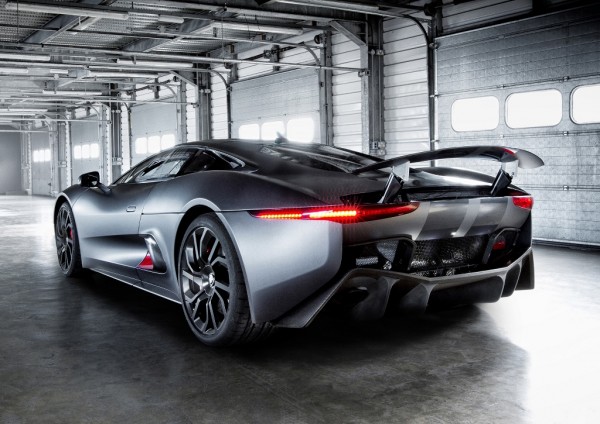 Those remarkable stats put it bang in the middle of hyper car territory, which is dominated by the LaFerrari, Porsche 918 Spyder and the McLaren P1. Too bad it was put into production. For filming purposes however, Jaguar cannot possibly have the risk of running the precious power-train, because just 5 of these cars are in existence. Word is that Jaguar might use the 5.0 liter, supercharged V8 from the XKR-S instead. 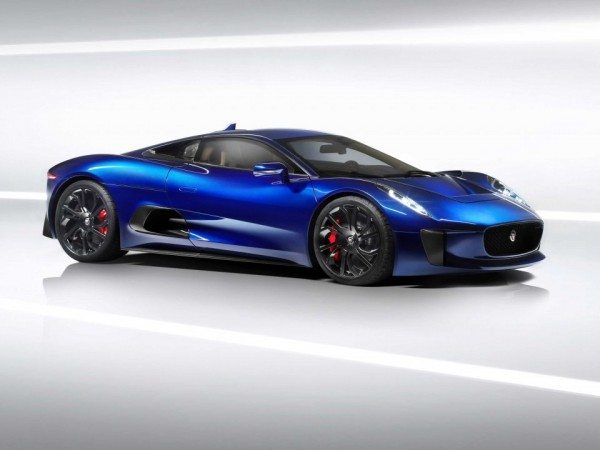