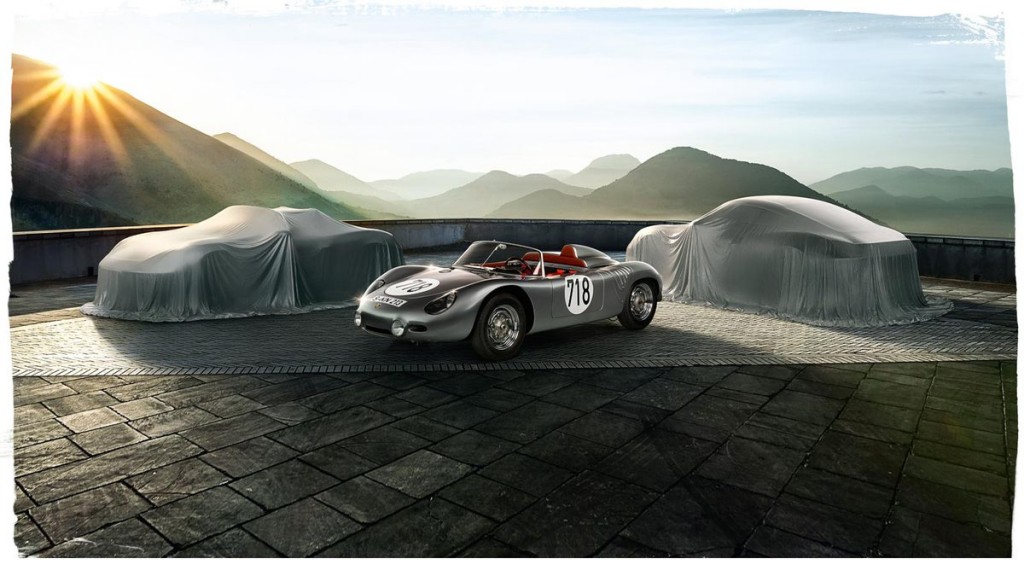 Porsche confirms that next-generation models of the Boxster and Cayman sports cars will be called the 718 Boxster and 718 Cayman respectively. The “718” pre-fix comes from the 1957 original, a race bred roadster that tasted a reasonable amount of success in the European racing scene.  Porsche also reveals that the naturally-aspirated, flat six-cylinder engines powering the current generation 981 Boxster and Cayman models would be sacrificed for cleaner, yet equally powerful flat four-cylinder ‘boxer’ engines with turbocharging. Also, the roadster will be positioned at a higher price level than the Coupé – as is the case for the 911 models.

Before one laments the loss of two cylinders and the advent of turbo-charging for cleaner breathing engines, Porsche has had a laudable racing history with four-cylinder flat engines, with the 718 RSK scoring a class victory at the 24 Hours of Le Mans race in 1958 with its 142-hp four-cylinder engine. In its more recent application, Porsche’s 919 Hybrid LMP1 race car, which also has a 2.0-litre, turbocharged four-cylinder engine, finished first and second in the 24 hours of Le Mans, apart from winning the manufacturer’s and driver’s championship titles in the WEC World Endurance Championship.