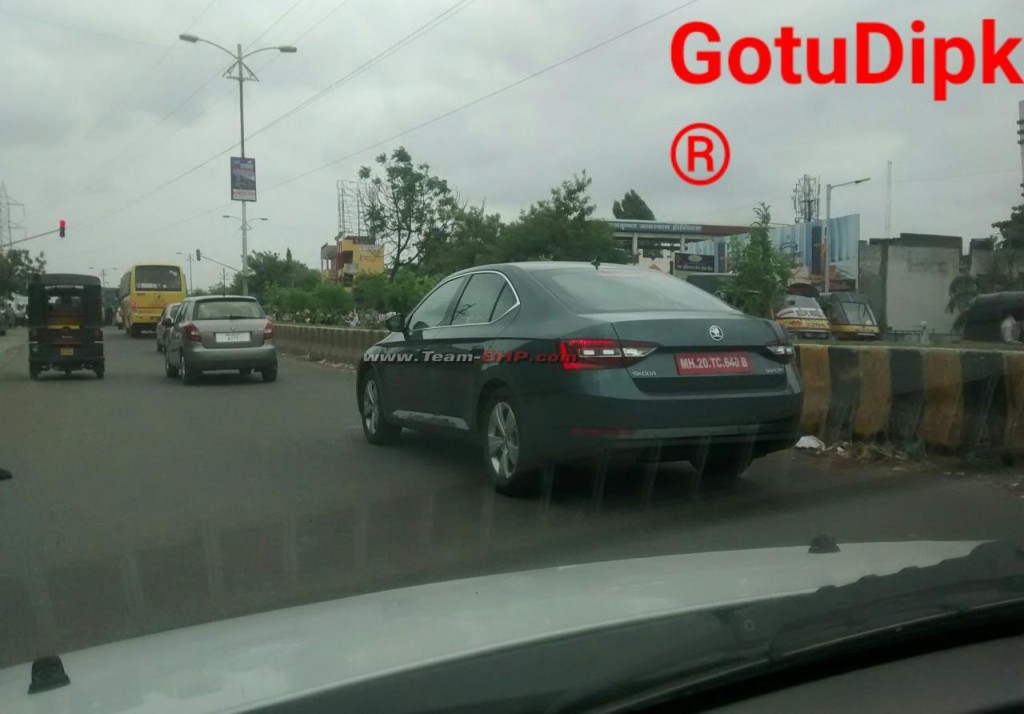 The next-generation, 2015 Škoda Superb has been spotted testing in India near Aurangabad, indicating a launch in the coming months. In its fourth generation, the all-new Škoda Superb made its world premiere at the Forum Karlín in Prague earlier this year (February).

Stylistically inspired by Škoda’s Vision C Concept, the new Superb is designed by Škoda design chief Josef Kaban. It is based on Volkswagen Group’s MQB architecture, and measures 4861 mm long, 1468 mm tall and 1864 mm wide. Compared to its predecessor, the new Superb is 28 mm longer and 47 mm wider, while its wheelbase has been increased by 80 mm and the front overhang is 61 mm shorter than before. 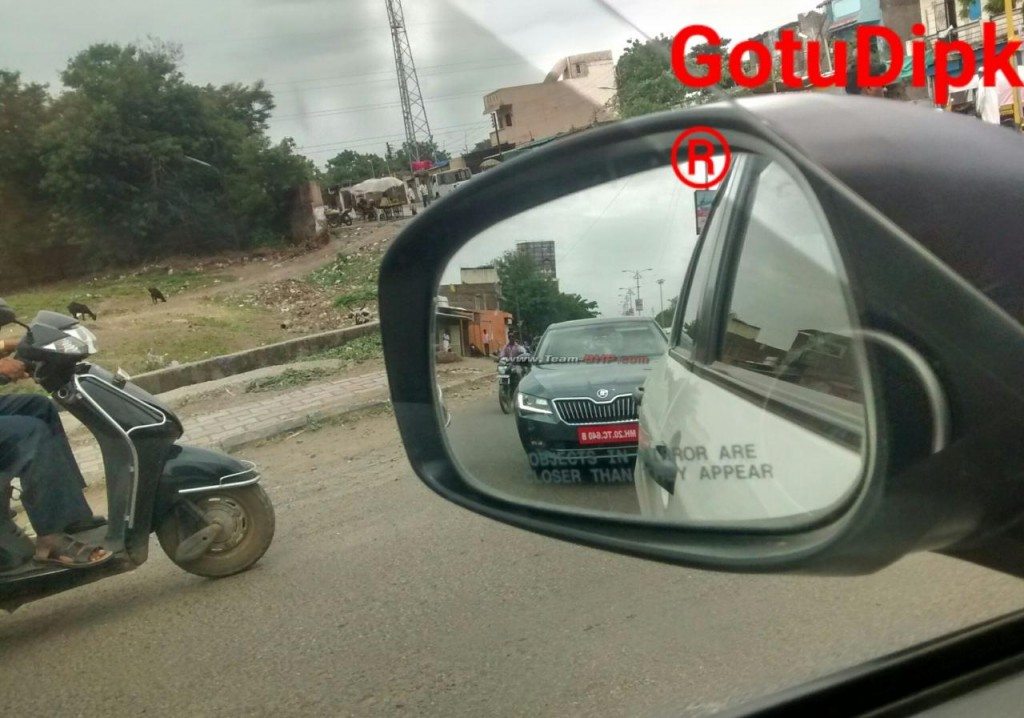 The petrol engines (1.4-litre, 1.8-litre and 2.0-litre TSI) have a power output of between 125 HP and 280 HP, the diesel engines (1.6-litre and 2.0-litre TDI) between 120 HP and 190 HP. Except for the entry-level petrol version, all engines are available with a DSG double clutch transmission. Four engines are available with all-wheel drive based on the Haldex 5 clutch.

The new Škoda Superb is the brand’s first model offering adaptive Dynamic Chassis Control (DCC) including Driving Mode Select. Other notable features include Škoda-typical ‘C’ shaped LED headlights, three-zone air conditioning, a sliding and tilting panoramic electric roof, a new infotainment systems based on Volkswagen Group’s MIB technology (Modularer Infotainment-Baukasten), heated seats, automatic windscreen wipers and headlamps, amongst others. Also, instead of one umbrella in the rear left door, the new Superb now features one umbrella in each of the front doors.

Škoda India is expected to launch the new Superb by the end of this year or early 2016.