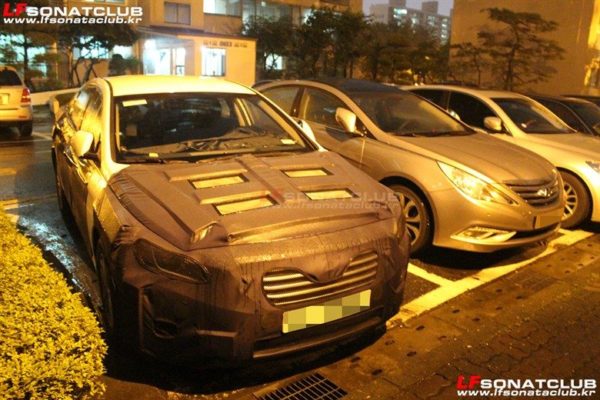 These pics were taken when a next gen Sonata test mule was spotted in a parking lot in South Korea.

The current gen Sonata, which is also known as the (fluidic) Sonata YF, was launched way back in 2009 and even though we feel that the car looks far from dated, it actually is time for the launch of an all new generation of the premium sedan. The next gen Sonata is expected to enter production in early 2014 and would be known as the 2015 MY.

The latest set of spy pics reveal a fair bit about the next Sonata’s design. What is easily evident by looking at the pics is that the next gen Sonata would feature an evolved version of the much successful Fluidic design language. 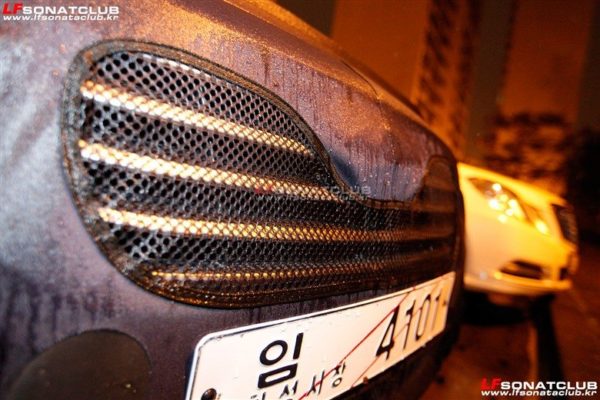 The upcoming car’s front fascia would sport a bold grill with many horizontal chrome plated slats running across it.

On comparison with the current gen car, the next gen 2015 Sonata comes across as a much cleaner and refined design. This would certainly appeal to all those who have felt that the current car looks a tad too gaudy.

The next generation Sonata is also expected to be larger, with the increased length benefitting the rear passengers with more legroom. This isn’t really surprising, considering that the car is being developed with keeping the Chinese car market in mind. It may be noted that the Chinese have always preferred cars with acres of legroom for rear occupants.

The next gen Sonata would be considerably bigger than the Hyundai Mistra, which finds itself slotted in between the current Sonata and the Elantra in Chinese car market.

Go to next page for next gen 2015 Hyundai Sonata pics