Last week, Suzuki released new images of the upcoming Baleno premium hatchback which will make its world debut at the upcoming IAA Frankfurt Motor Show this month. Now, the premium hatch has been spotted undisguised in India. Previewed by the iK-2 Concept, which made its debut at the 2015 Geneva Motor Show in March, the Baleno is expcted to be launched in the Indian market sometime early next year and will ne positioned as a premium hatchback. As many of you may know, Maruti Suzuki recently launched the premium Nexa dealership which will also sell the Baleno next year. 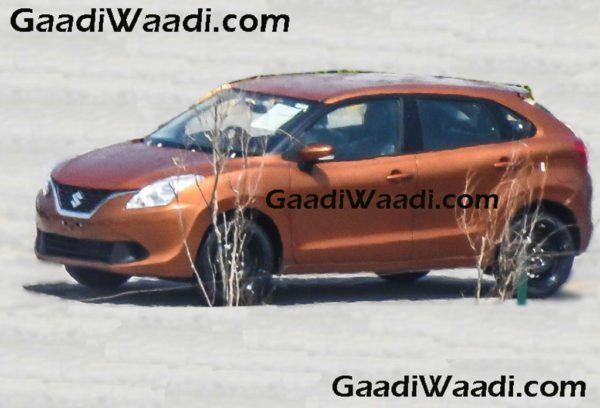 The Suzuki Baleno hatchback will feature an all-new, curvy dashboard design. Earlier spy pics have showed that the interior features an all-black color scheme with silver finished inserts for the center console and around the HVAC vents. The car also features a new three-spoke steering wheel, with an all-new instrument cluster design. It will also be loaded to the gills to compete with the Hyundai i20 and the Honda Jazz. 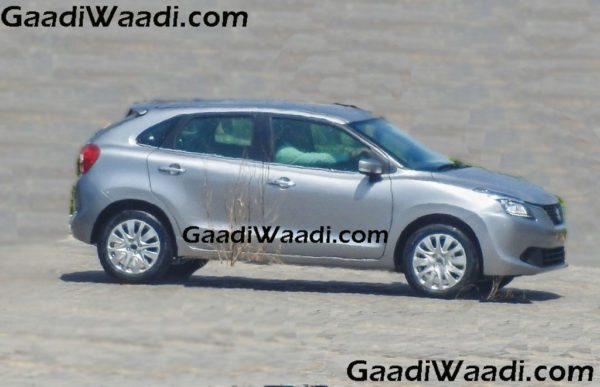 The Suzuki Baleno is likely to be equipped with the following features : 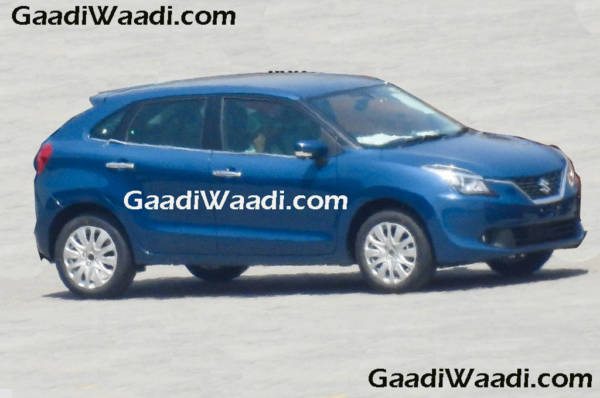 Reports suggest the Baleno will be based on a rigid, lightweight new generation platform and will draw power from a 1.0-liter direct-injection turbo BOOSTERJET petrol engine, along with SHVS (Smart Hybrid Vehicle by Suzuki) – which recently debuted on the Maruti Suzuki Ciaz – featuring engine assist by an integrated starter generator. Stay tuned to Motoroids for more dope on the Suzuki Baleno from the IAA Frankfurt Motor Show happening this month.