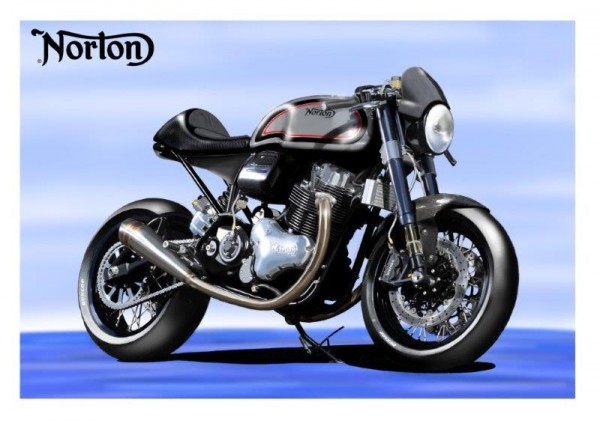 Donington Hall based English sports bike manufacturer Norton has revealed the all-new Dominator SS, which will be based on the Dominiracer track-bike Concept showcased back in April. The all-new Norton Dominator SS will be a very exclusive machine, with only 50 units expected to be manufactured in 2015. Powered by Norton’s 961cc parallel-twin making 80hp, the SS will feature full Ohlins suspension and Brembo mono-bloc brakes as standard.

The Norton Dominator SS is engineered to deliver top performance on the track. It’s not clear if the bike can be hooned on the road as well, but there should be lower-spec version soon. The launch will take place in the UK in late January, with the rest of the world seeing the bike later in 2015. Prices are yet to be announced, but it’s rumored to be around $41,000 (26 lakhs INR).