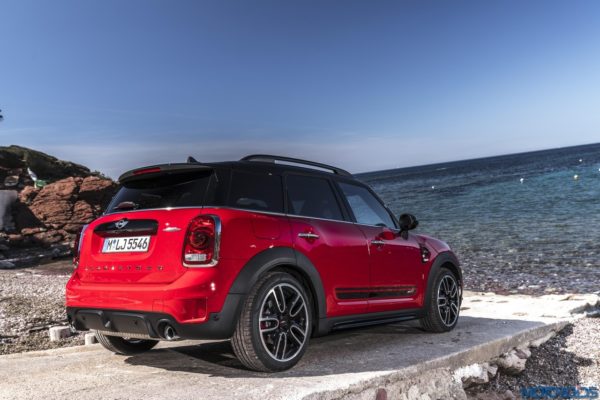 In addition, as an optional extra the rear seats can be shifted by up to 13 centimetres in a 60 : 40 split, while the backrest elements are tilt-adjustable and foldable in a 40 : 20 : 40 split. The Picnic Bench, a flexible surface that folds out of the luggage compartment and provides seating for two people, is available as an option. Also available as an option is an electric tailgate control that allows touch-less opening and closing. 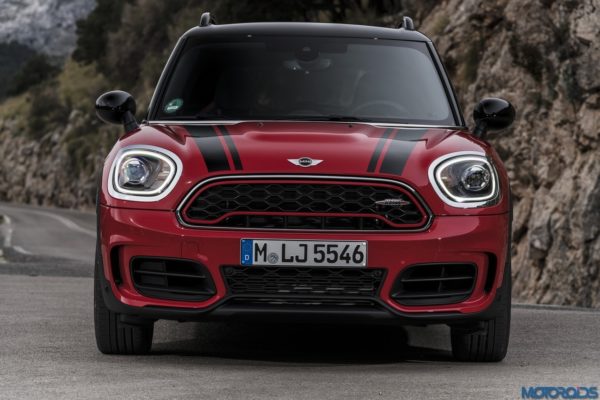 With an output of 231 hp from its 2.0-litre 4-cylinder engine working with Mini’s ALL4 all-wheel drive system, the new Mini John Cooper Works Countryman sprints from 0-62mph in 6.5 seconds whether the customer chooses the standard 6-speed manual transmission or the optional 8-speed Steptronic sports transmission. The car also gets a sports exhaust system, a stiffer suspension tuning and Brembo sports brake system. 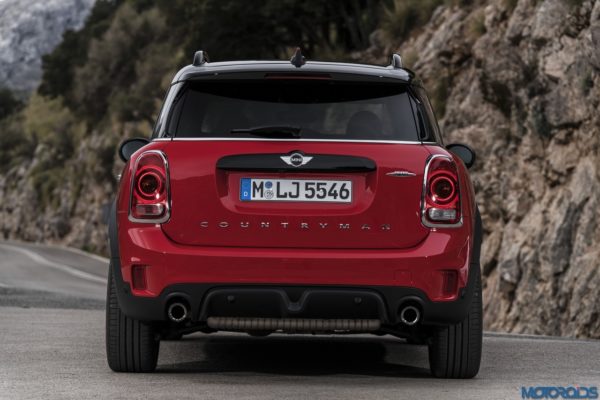 The optional Head-Up Display can display can inform the driver on all sorts of information, including road speed, speed limits and overtaking bans, navigation directions and Check Control messages, feedback from the driver assistance systems, telephone contacts and entertainment controls. The Head-Up display features a specific John Cooper Works mode where it is also possible to display the currently selected gear and a multi-coloured engine speed scale. 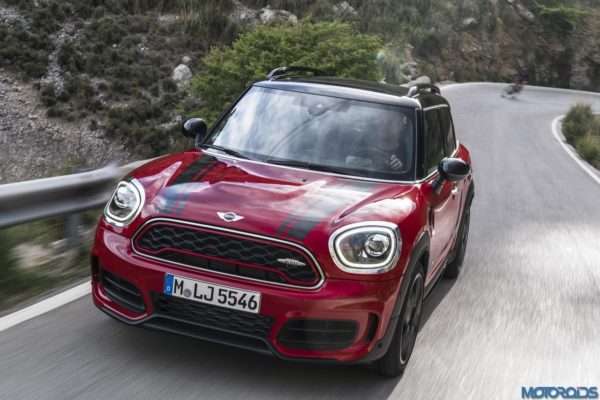