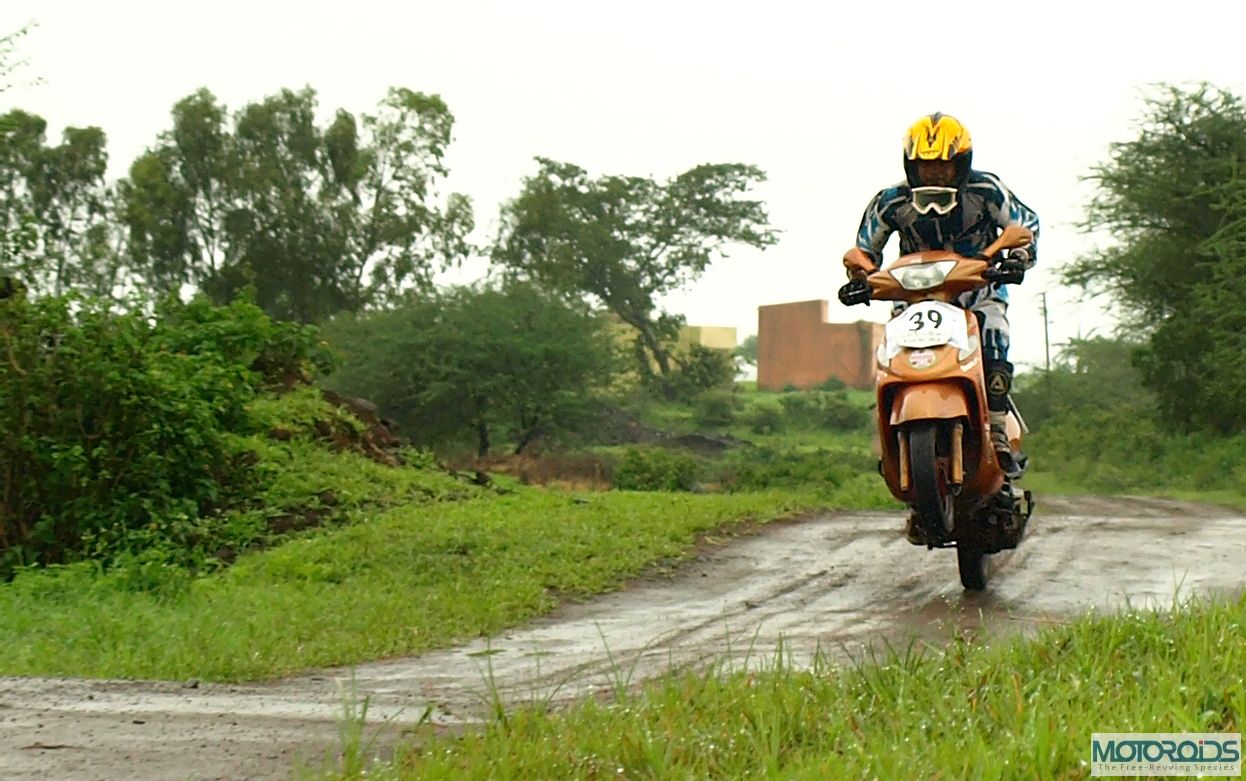 Mahindra Rodeo RZ has emerged as the winner of the Pit stop Monsoon Rally in Nashik. Rider, Shamim Khan steered the new Rodeo RZ to victory over a challenging 170 km route which included mud, slush and rocks. “Shamim and the Rodeo RZ have yet again proved that they are an unbeatable combination! The fact that the new Rodeo RZ emerged victorious on such a challenging track is clear testimony of its maneuverability, power and ability to negotiate tough conditions. My congratulations to Shamim and in future, we will see this winning duo take on many more such challenges,” said Viren Popli, Executive Vice President, Strategy & Market Development, Mahindra Two Wheelers.

“This is a thrilling victory for me as it’s the very first time I’ve participated in the Pit stop rally. The new Mahindra Rodeo RZ performed admirably in spite of the demanding nature of the track and complimented my riding skills very well. I look forward to participating with the Mahindra Rodeo RZ in future rallies as well,” said Shamim.

National Champion, Shamim Khan started his career in the year 2000. He is originally from Nashik and has been dominating local Maharashtra rallies for almost five years now.  In addition to the Gulf Monsoon Scooter Rally, Shamim also rode the Mahindra Rodeo to victory in the Gulf Dirt Track National Championship – Round 1 in Mangalore, Round 2 in Aurangabad and the Rotary Rotocross (Autocross) for 2 wheelers, both in 2012.

The Pitstop Monsoon Rally has been organised by the Pitstop which is a rallying club co-founded by rallying enthusiasts in Nashik.