New spy images shared on the web reveal the upcoming Lamborghini Aventador Performante, which is likely to be christened as the Aventador SV Jota. The test mule of this performance oriented version of the Aventador S was spotted during a public road test in Europe. 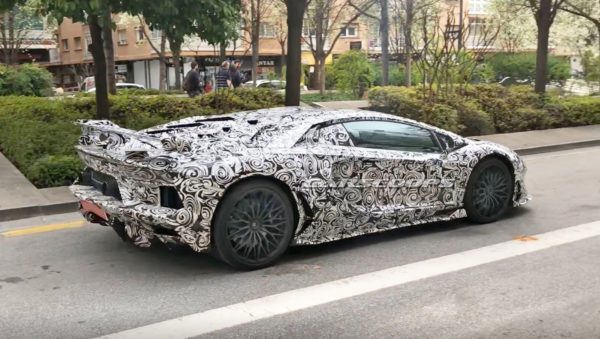 As seen in the previous images too, the new Aventador SV Jota features a new design at the front and rear while the engine will see a boost in the power output figures. up-front, the test-mule receives a new bumper while the side profile features aerodynamically designed side skirts. Also on offer are the lightweight wheels as seen in the ‘regular’ Aventador SV. At the rear, the model sports a new bumper with the dual exhausts mounted in the centre and a fairly large spoiler.

It is believed that the Lamborghini Aventador SV Jota will come equipped with the brand’s ALA (Aerodinamica Lamborghini Attiva) system, which is said to adjust the aerodynamics of the vehicle in order to reduce drag for faster acceleration or increase drag for higher stability. 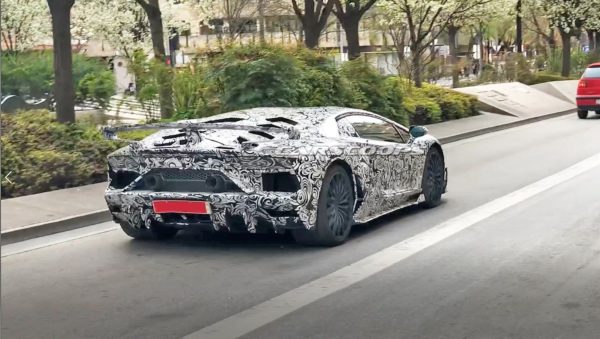 Engine Specifications of the upcoming hardcore variant of the current generation Aventador remain scarce at the moment although a few reports suggest that the model could be tuned to produce about 800 PS of power. The aforementioned features are likely to make this variant of the model the most extreme Aventador ever. Lamborghini could make this a limited edition model and we wouldn’t be surprised if it is sold out by the time it makes it debut which is expected to take place later this year. More details are likely to surface soon. Stay tuned for updates.