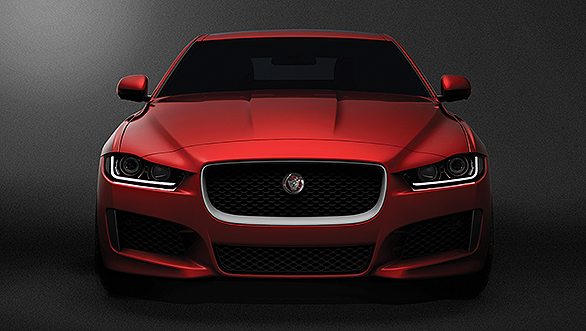 Jaguar is all set to launch (global debut) their new sedan, the XE, at an event in London today. For the global unveiling of their new car, the Jaguar XE will be airlifted into London, suspended underneath a helicopter, amidst live performances by global stars and the presence of VIP guests. In a prelude to the launch event, the British manufacturer has also released a video which shows the new XE  flying above the factory in Solihull near Birmingham, suspended by a helicopter and accompanied by the Red Arrows air display team.

Jaguar is promising some exhilarating stunts and live performances at the event. As the new car gets unveiled, you can enjoy the event starting from 23:45 (IST)  on this page right below.