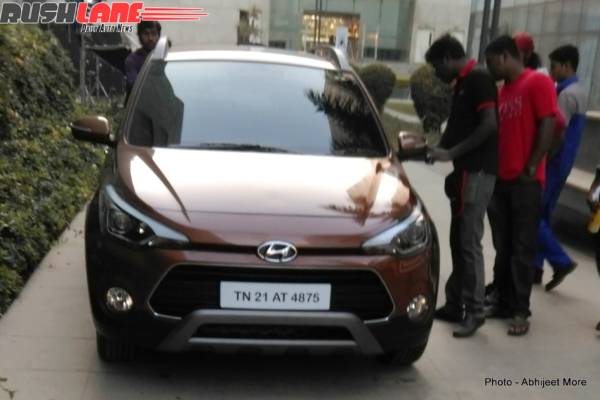 The Hyundai i20 Active, as it going to be called, is scheduled for its India launch next month. Now, the i20 Active was recently spied during its commercial shoot in Bangalore.

The new i20 Active features a revised rear, a roof spoiler, roof railings, plastic claddings, and sliver skid plates. On the frontal section, the i20 Active gets a different grille when compared to the new i20 Elite. Headlamps are projector units and it also gets LED DRL’s which are missing in the Elite i20. As can be seen in the inages, the i20 Active gets an increased ground clearance. 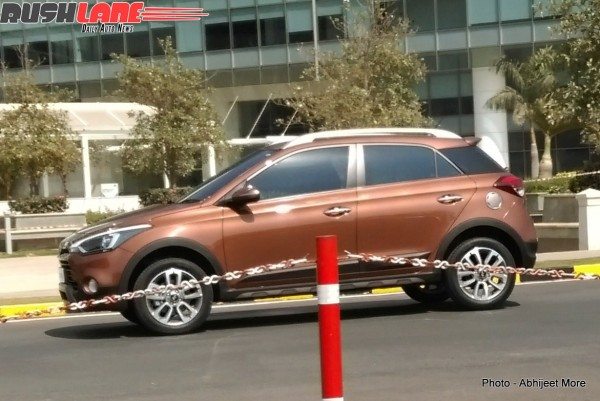 Powering the i20 Active will be the same engines which perform the duty on the Elite i20. The engines include the 1.2 liter petrol engine that churns out 82 horses and 114.7 Nm of torque and the 1.4 liter diesel motor that diesel mill that outputs 89 ponies and 220 Nm of torque. Five speed and six speed manual transmissions will be offered on the petrol and diesel engined variants. 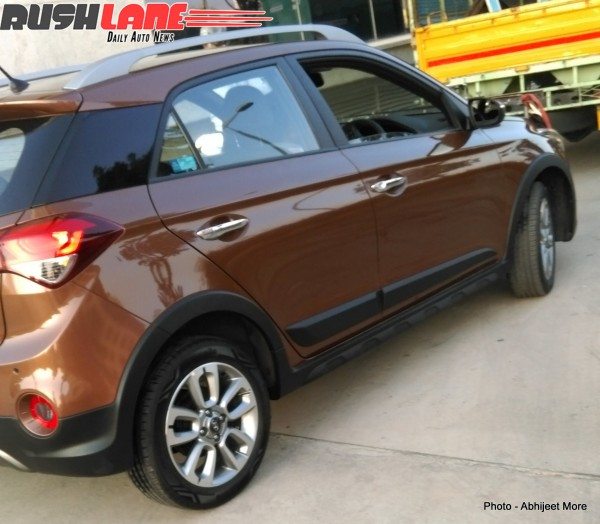 The Hyundai i20 Active, upon its launch next month, will be pitted against the likes of the Fiat Avventura, Toyota Etios Cross and the Volkswagen Polo Cross. Stay tuned to Motoroids for more dope on the i20 Active India launch. 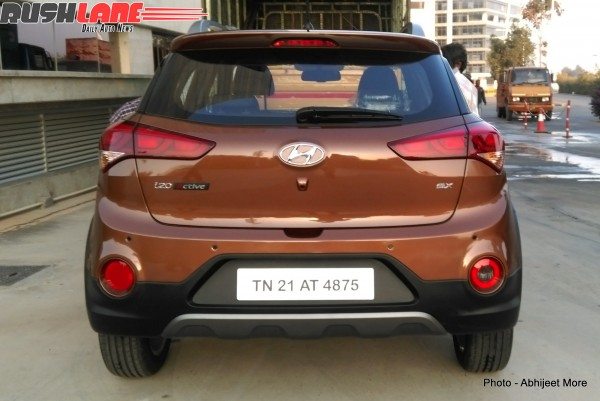