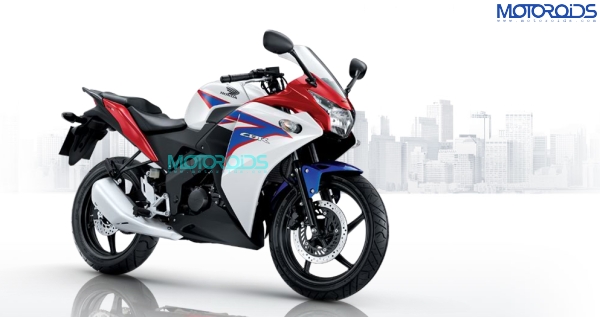 The 2011 CBR150R photos you saw earlier in this post came from Thailand when their local media got their hands on the all new CBR150R around the Thailand Golf Circuit. The same journalists have now released info on the power and top speed claims of the new Honda entry level CBR. From what the journalists have come to find out, the CBR150R can manage a top speed of 160 km/h – that’s close to the Ninja 250R’s territory and higher than its immediate rival – the Yamaha YZF-R15. There is however no info provided whether this top speed was a speedo-indicated one or true speed tested through speciality equipment like the VBOX.

– The Thailand media got their hands on the bike yesterday and are hinting towards a 35 kmpl fuel economy when ridden at 90 km/h!

– The engine continues to be 149.4cc but Honda will release power and torque figures of the CBR150R on the 26th of October

Click here for the SPECIFICATIONS of the 2011 Honda CBR150R

Honda seems to have revealed their new CBR150R in Thailand. The new Honda 150cc bike, shown on a Thai website is painted in a racy red, white and blue colour scheme, has drawn design inspiration from its bigger VFR1200F sports tourer and is a full faired bike. The details available on the bike are sketchy and nothing much can be made out except the fact that it’s a fuel injected machine employing Honda’s fabled PGM-FI fuel injection system. However, having seen the Yamaha R15 in action for more than two years now, we can safely assume that it’s going to be a liquid cooled machine with power somewhere in the range of 18-20 bhp, with special focus on weight reduction to boost performance. Although the tyres used on the CBR150R are not as slim as the R15. The rear tyre seems like a 120 section unit, while a 90 section tyre seems to be doing duty up front. Speculations on Honda Motorcycles and Scooters India planning to launch a performance bike this Diwali have been rife for quite some time, and if a motorcycle has to hit the Indian road, this has to be it.

The new motorcycle has disc brakes both at the front and the rear, and one can also see clip-ons. The rear-sets are placed quite far behind the seat for a sporty riding position. The frame employed here is a beam frame, which is also used in most racing superbikes, implying that excellent handling traits are guaranteed on the new bike. It would be nice to see how this brand new full-faired performance oriented learner bike from Honda fares vis-à-vis the R15. We’re enthralled!
New Honda CBR150R specifications (speculated)
Engine 150cc, 4-valves, liquid cooled
Power 18-20PS
Torque – 16-18Nm
Price – Rs 110,000