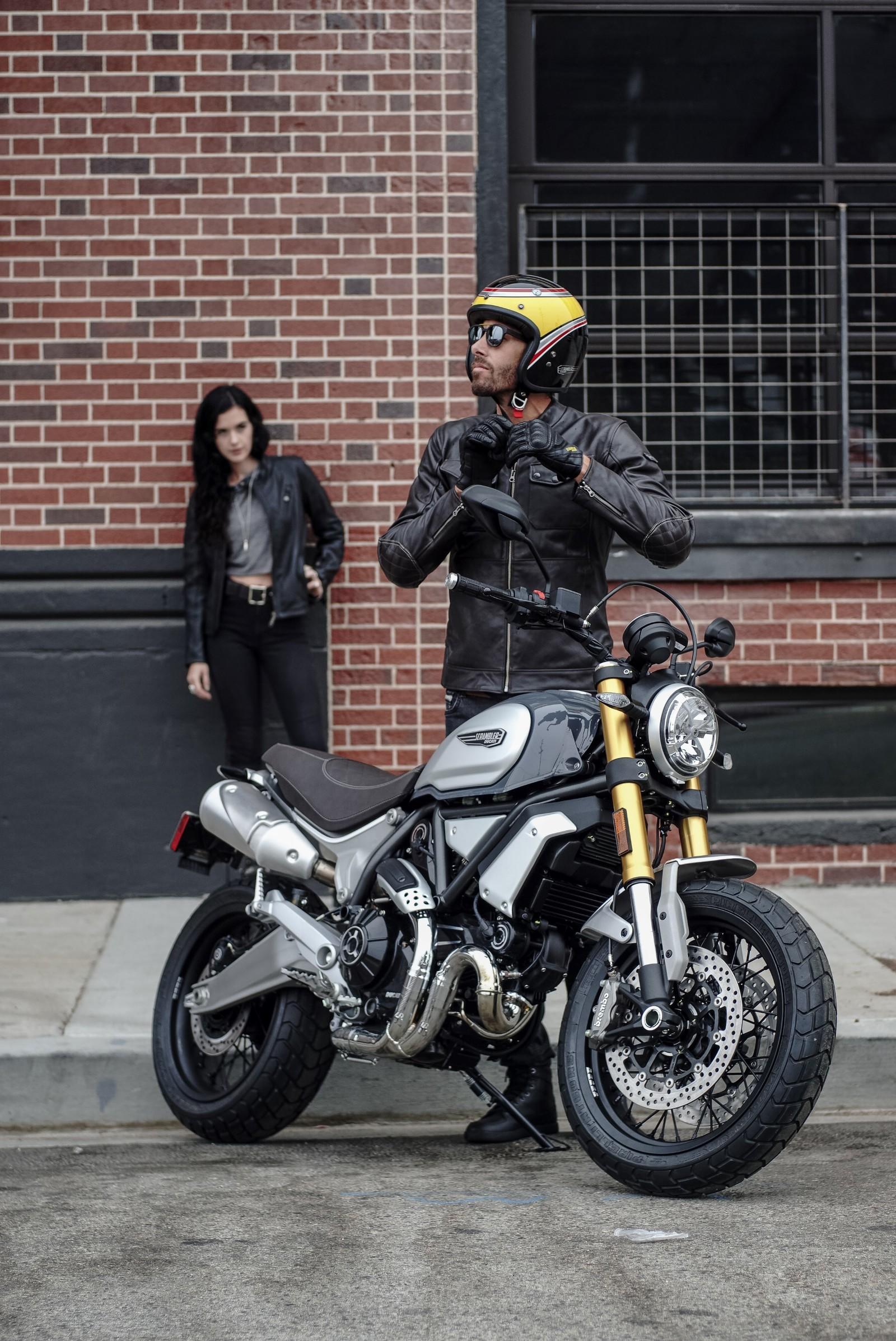 The Scrambler has been a jumbo hit for Ducati worldwide, and this has inspired the Italian bikemaker to introduce a big engined version of the retro styled machine. To endow the handy go-anywhere, free-spirited machine with more power, Ducati has introduced a bigger air-cooled twin cylinder engine within the frame, and named the outcome the 2018 Ducati Scrambler 1100.

The new 2018 Scrambler 1100 is powered by a 1,079cc air-cooled L-twin, which has been borrowed from the Ducati Monster 1100. Ducati, however, asserts that the engine has been tuned, to make it feel true to the character of the Scrambler with smoother fuelling. 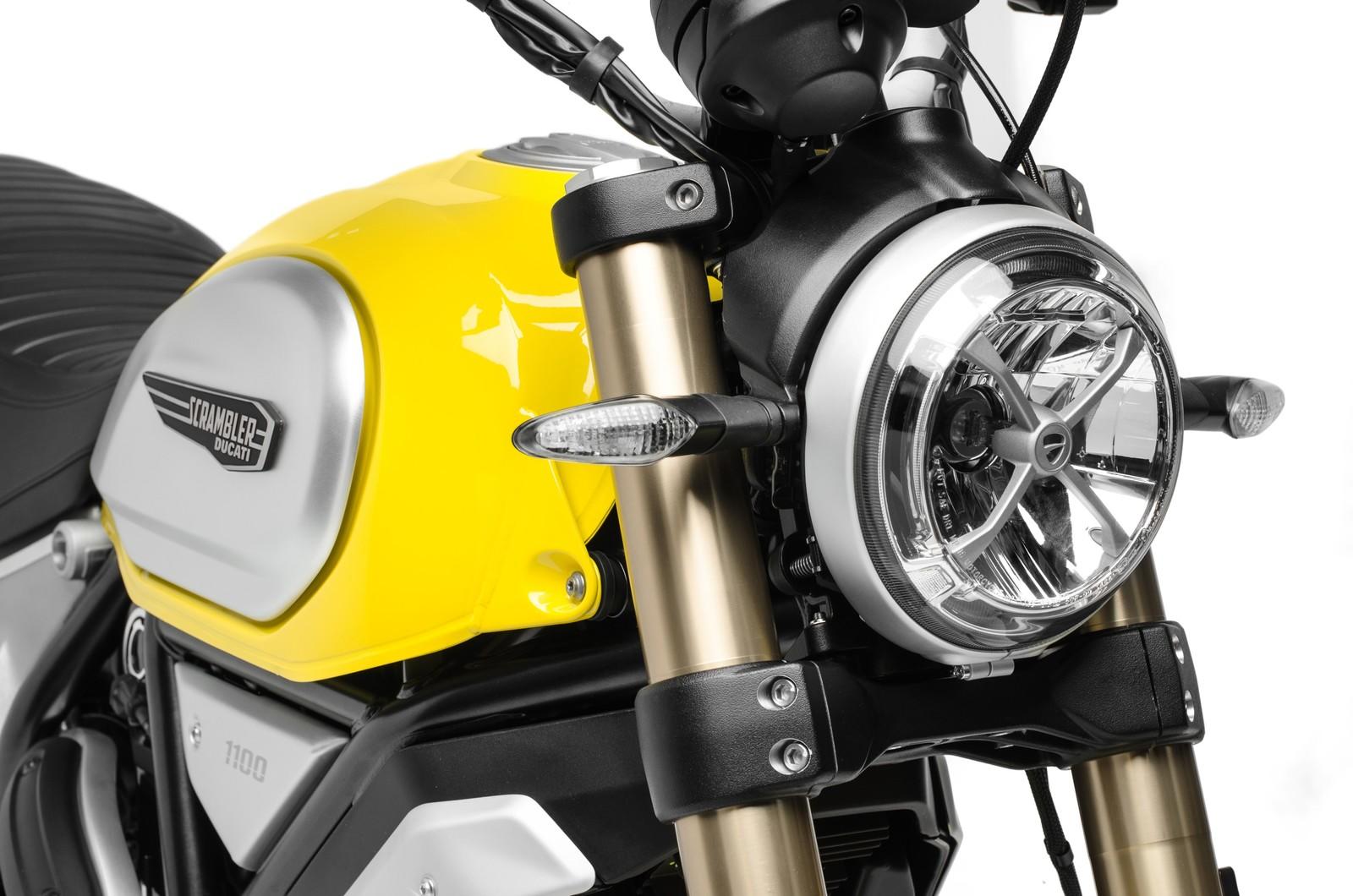 The new Scrambler 1100 is available in three variants to suit the taste of a variety of buyers. To start off, there’s the standard Ducati Scrambler 1100 which is also a clean slate for someone who wishes to modify it to his own taste. 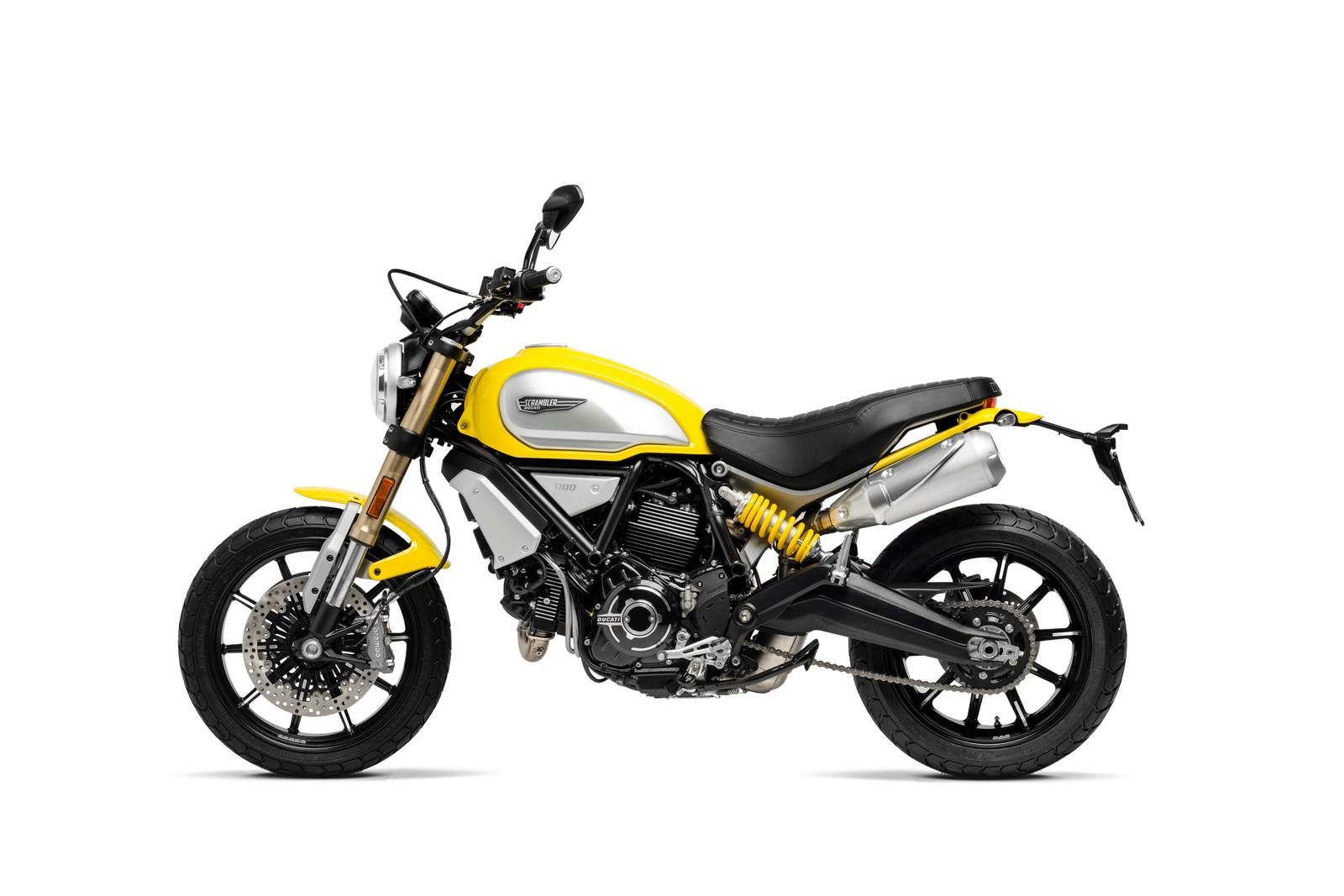 The second variant is the Scrambler 1100 Special which gets a gray paint along with a different type of a handlebar, golden front forks and a brown seat among others. 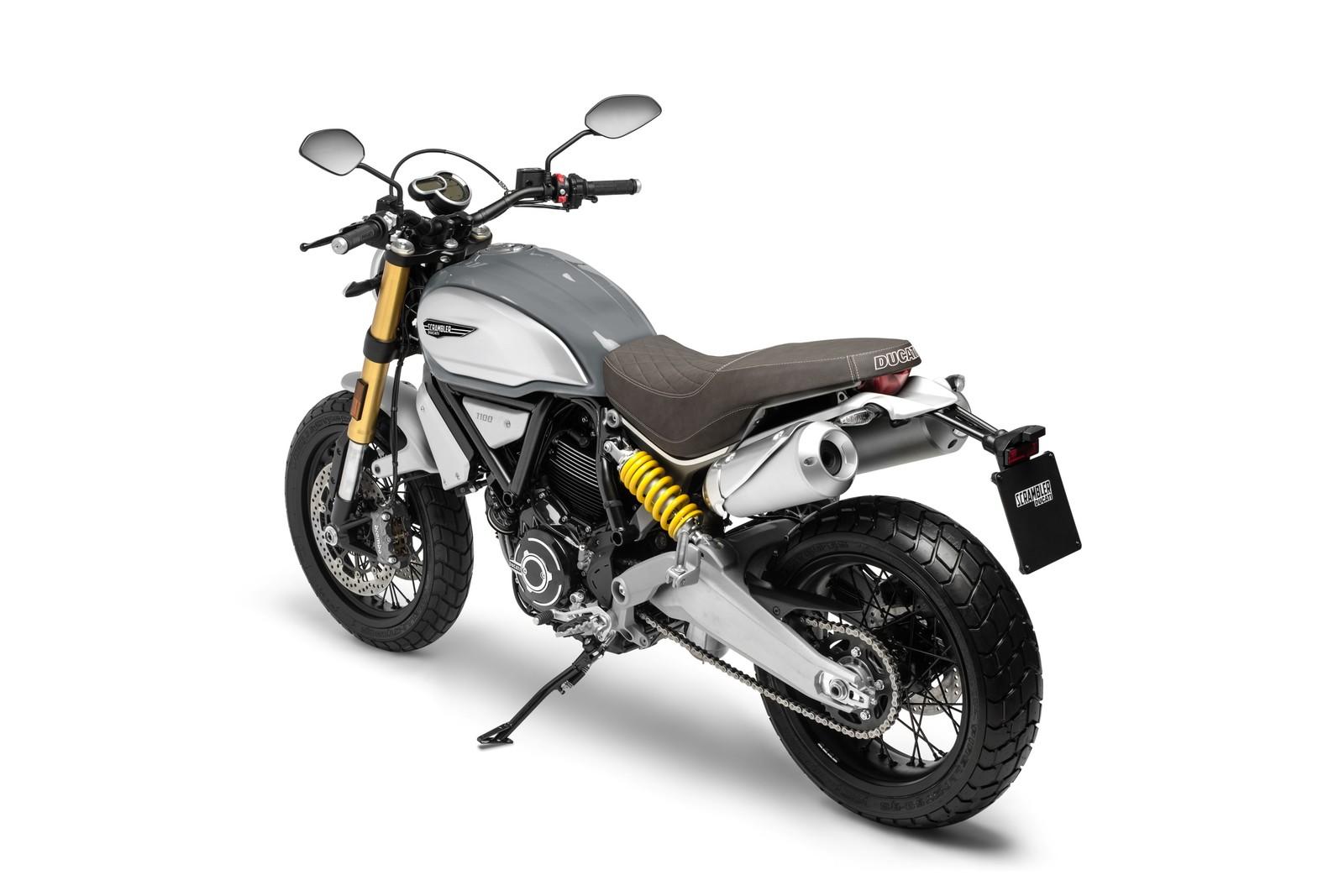 The third variant is the Scrambler 1100 Sport which gets Öhlins suspension, with a unique black-yellow color scheme, aluminium wheels, special handlebar and its own unique trim for the seat. 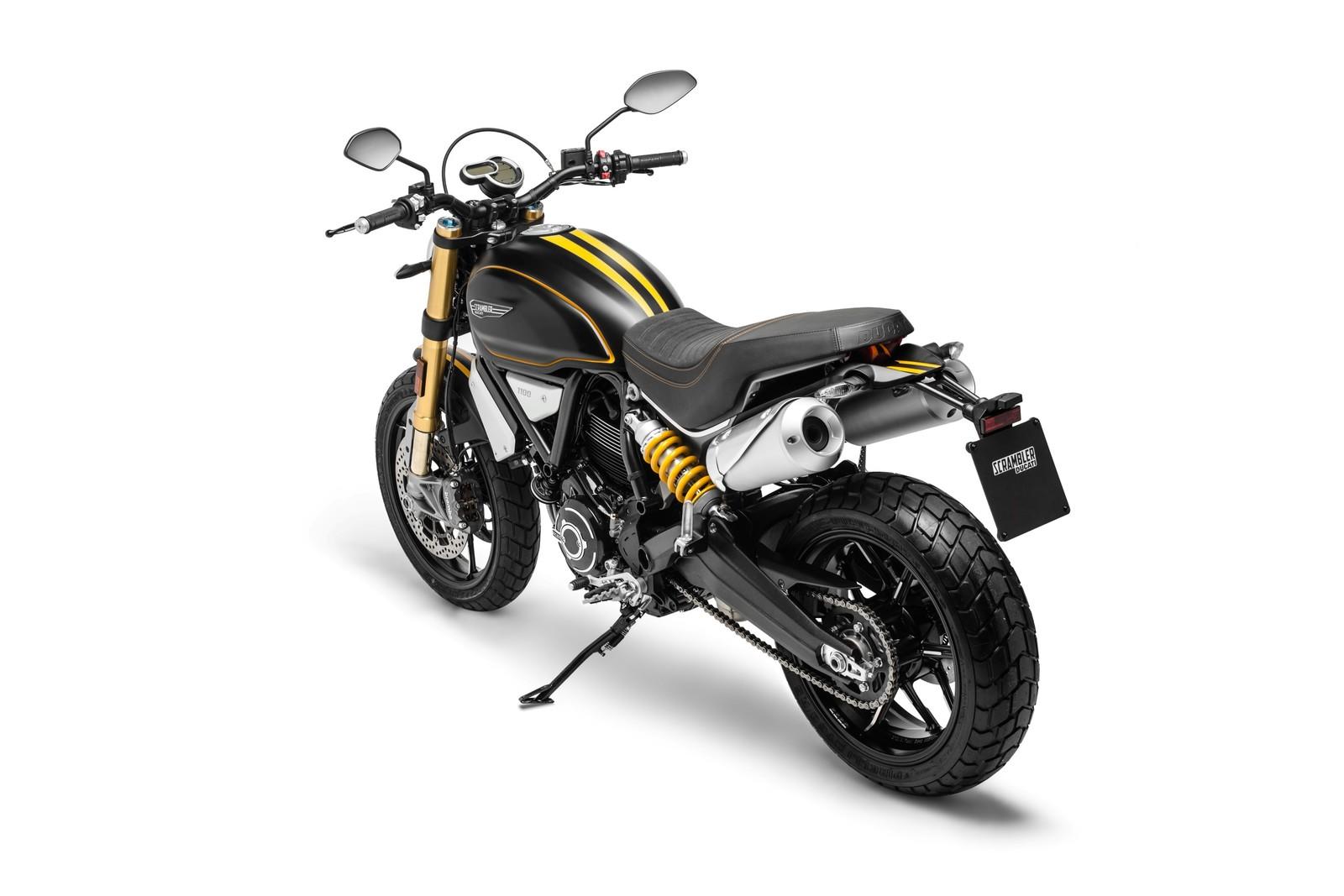 The Scrambler 1100 gets a ton of electronics and that’s one of the biggest headlines for the bike apart from the new engine. The big Scrambler gets riding modes along with five-step adjustable traction control. The three riding modes on the new Scrambler are termed as Active, Touring and City. The third mode gets only 75 hp of power and restrained fuelling, while the former two get full power, though touring also gets somewhat relaxed fuelling. Traction control can be fully turned off if the rider so wishes. 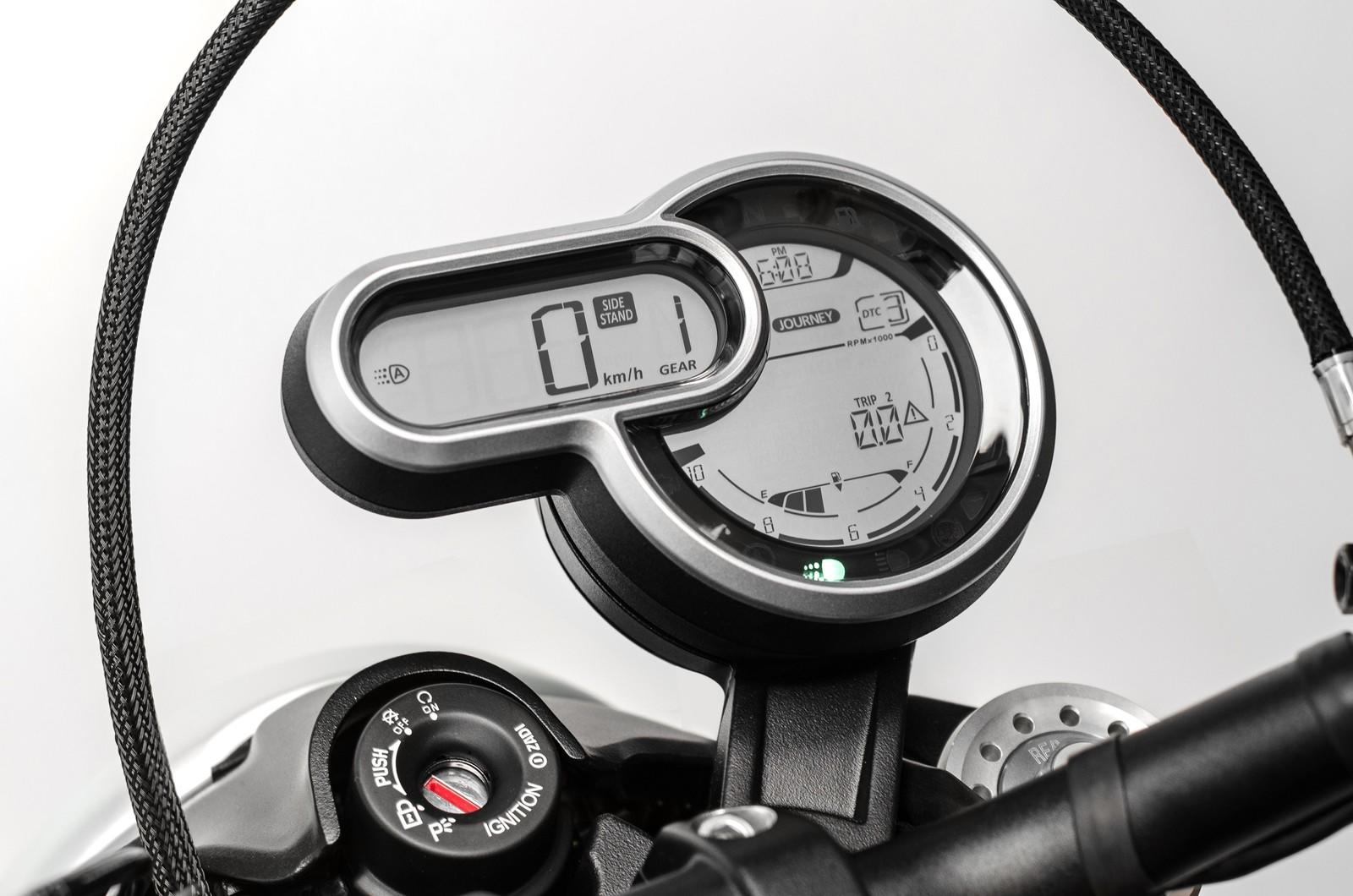 The Scrambler 1100 also comes with cornering ABS which calculates lean angle to prevent wheels from locking up even more precisely.

The new Scrambler gets an all new chassis with a twin spar trellis frame up front along with an aluminium subframe to handle the additional power and weight. The wheelbase is about three inches longer than the smaller Ducati and the rake is about half a degree more. Fuel tank and weight of the bike has also increased. 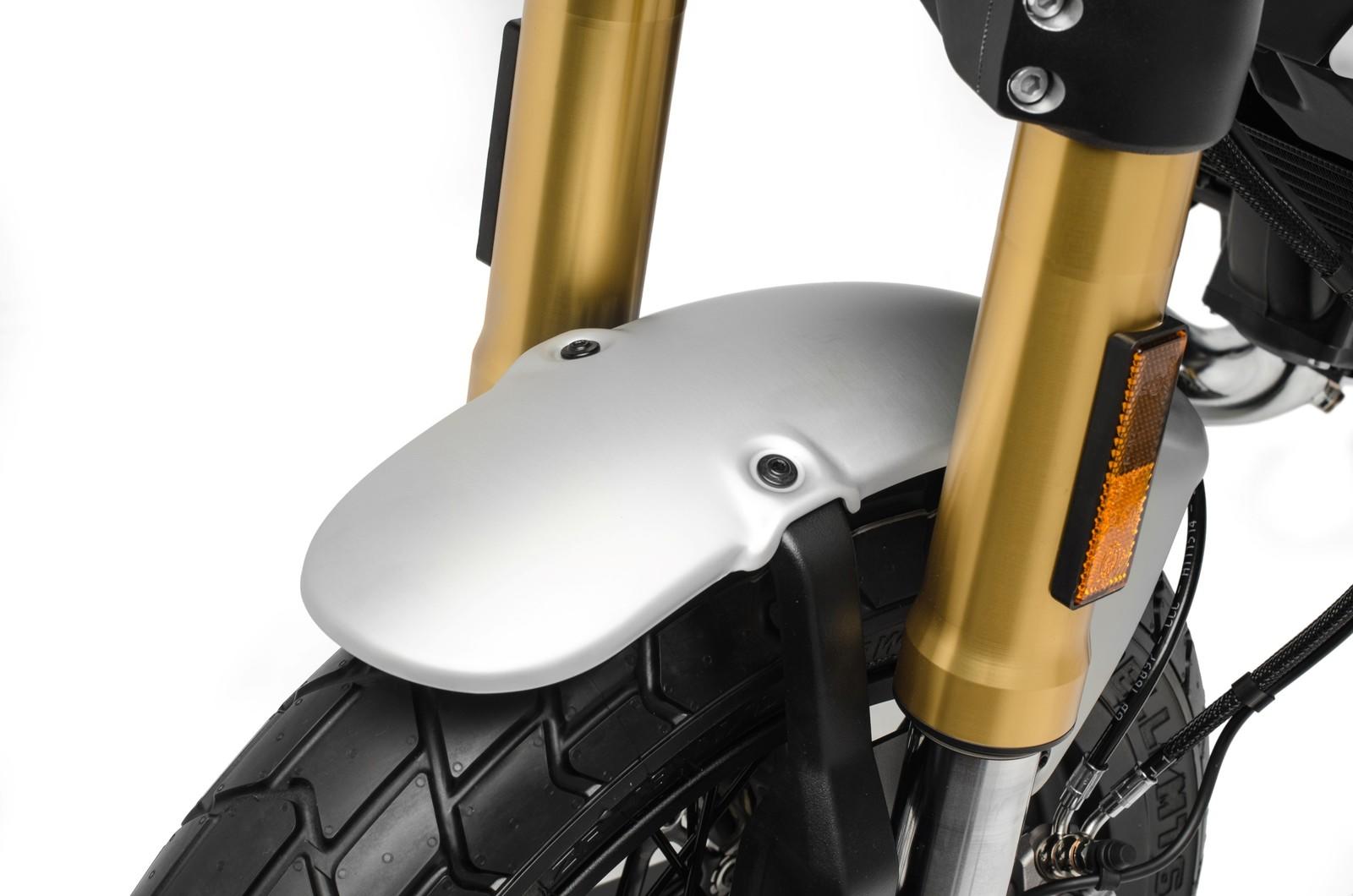 Stopping power comes from 330mm discs up front, paired with radially mounted four-piston Brembo M4.32B Monoblock calipers. Rear gets a single 245mm disc and single-piston caliper. ABS cannot be turned off on this one. 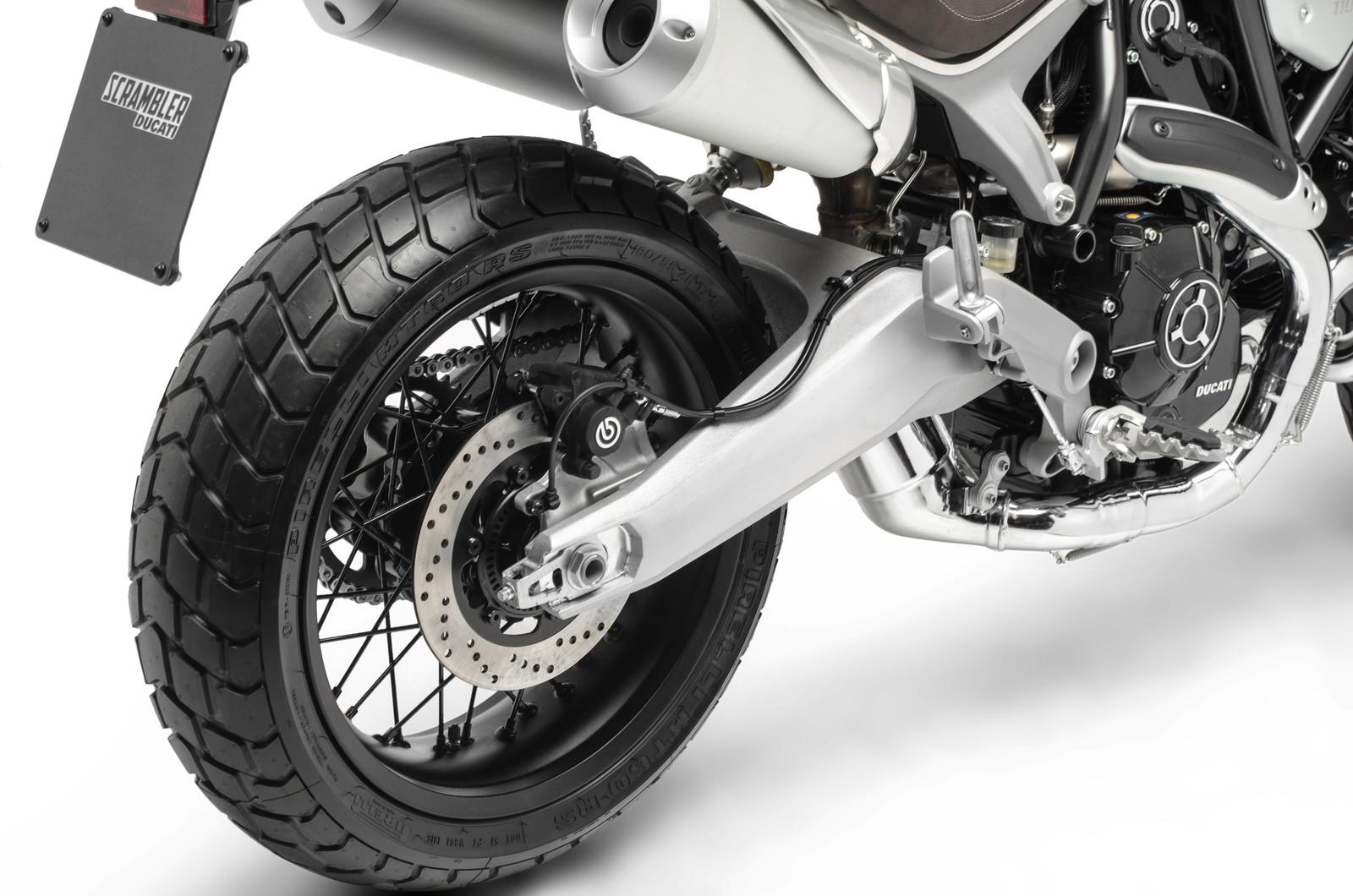 Suspension duties on the Scambler Standard version are taken care of by a 45mm upside-down Kayaba fork which is adjustable for spring preload and rebound damping. The Sport variant, however, gets an Öhlins unit with the same specs. At the rear, Kayaba shock does duty for Standard, while more expensive Öhlins are employed at for the Sport version – both variants get adjustable preload and damping.

For the 1100, Ducati has made liberal use of more expensive aluminium bits to make the bike feel even more premium and solid. A lot of plastic parts on the Scrambler 800 have been shown the bin and have been replaced with aluminum and more detailed parts. 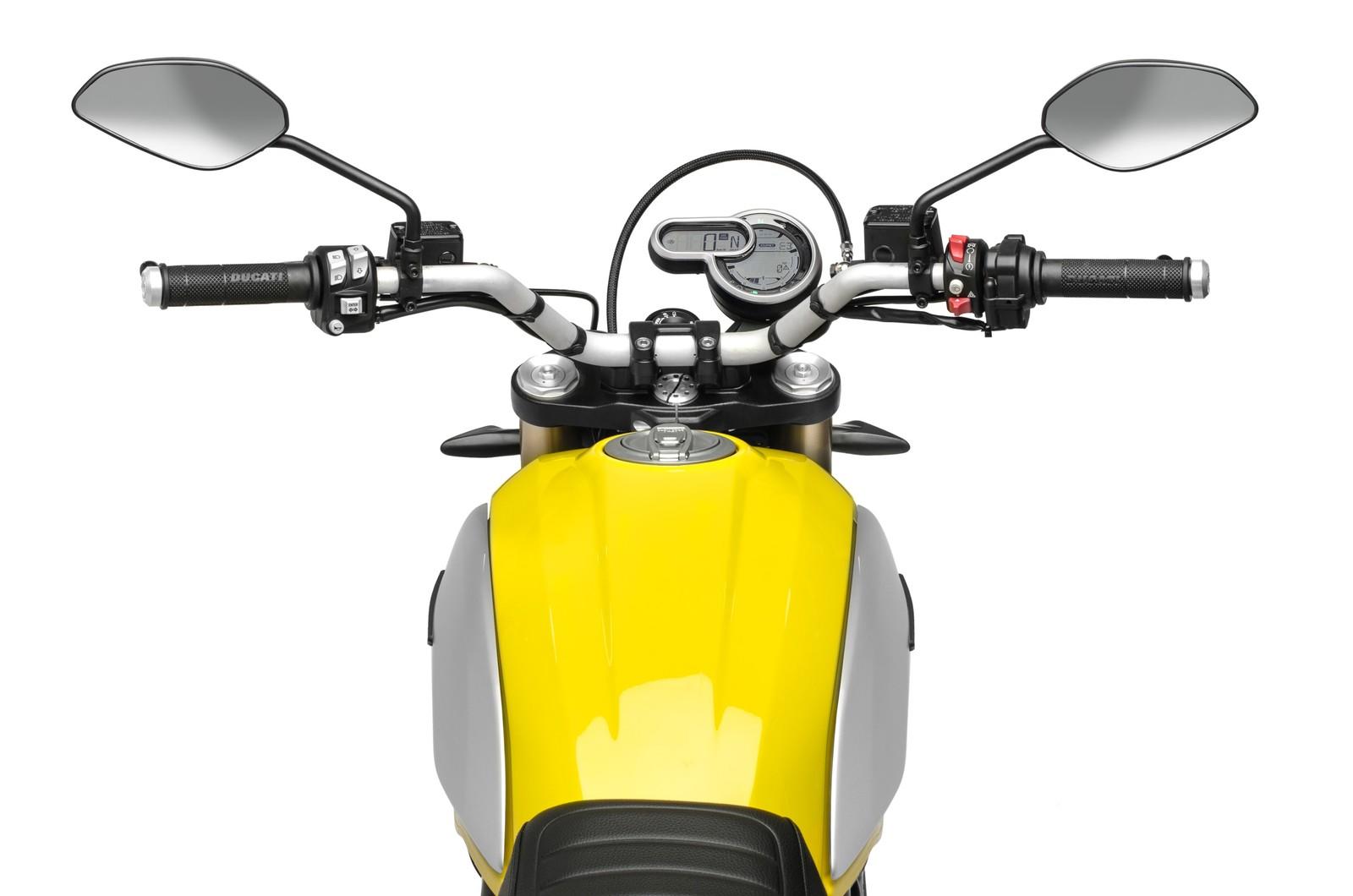 The instrument console is new and shows a lot more info with readouts for riding modes, traction contols etc – it looks great too. Other details include a grey metal X inside the headlight assembly, new tank inserts and a new exhaust system.

The ergonomics and riding position has changed too, thanks to the changes made to the wheelbase and rake. The rider would now have the handlebars at a slightly lower and father position than on the smaller Scrambler.

The prices for the new Ducatio Scrambler 1100 have not been announced yet, and we don’t even have much clarity on its Indian launch. We believe that the new model will make it to India in mid-2018, and we will update this post with all the relevant information as and when it’s released.