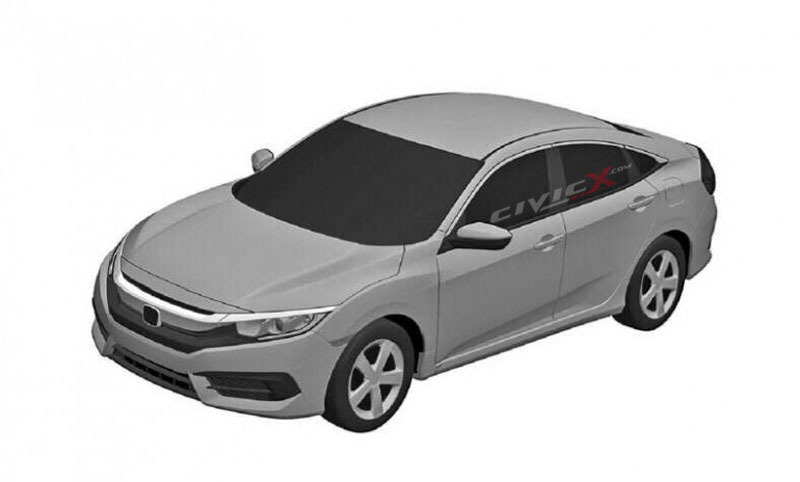 After making its show debut at the 2015 New York Auto show as a concept, the all-new, tenth generation 2016 Honda Civic has revealed itself fully via some patent drawings leak. The drawings, detailing both coupe and sedan versions of the car differentiate clearly the production version from the more flamboyant show car. While the design has most definitely been toned down for the production trim, we are happy to see that the most expressive design cues have been retained – much to the joy of the Civic aficionados across the globe. 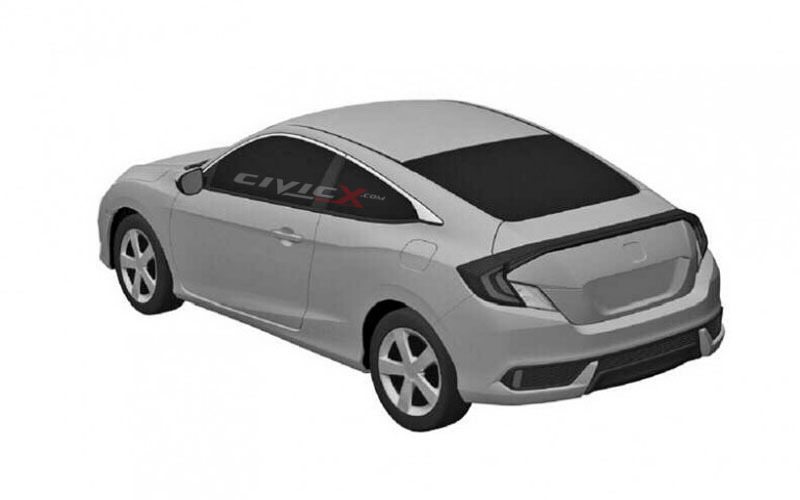 The US-Spec Civic, in production trim, loses the aggressive air vents on the front and rear bumpers as compared to the concept. Those aggressive cues may be reserved for the more performance oriented Si and Type R variants, as the patent drawings are those of the base version. The sporty spoiler has also been shown the window on the production version, but may be offered as an original accessory. Other changes include smaller wheels and side mirrors along with a slightly modified design for the headlight.

The most striking features of the concept, the wraparound, connected tail-lights, have been retained though, on the coupe variant. The sedan version doesn’t get the connected design for the tail-lamps to accommodate a more practical design. Honda wants the Civic to be one of the halo cars within the brand, and it really does pack some visual spunk. 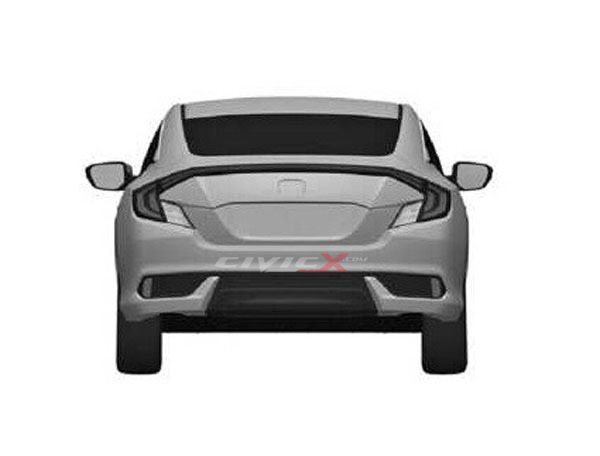 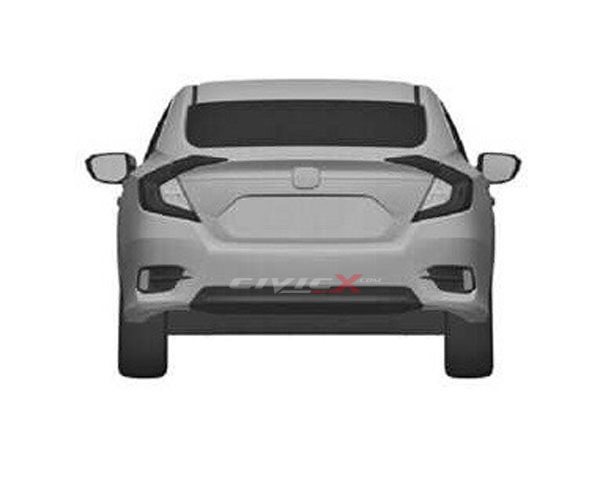 While concrete details on the new model have not been released, in its newest avatar, the Civic is certain to grow in size with a longer wheelbase, though with shorter overhangs. With a low slung, sporty, wide stance, the new generation Civic will do its best to win back fans who always loved the car for its sporty image. As discussed earlier, the car will have an even sportier appeal with more power in its Si and Type R versions which will come into existence after the launch of the basic version in a couple of months from now. 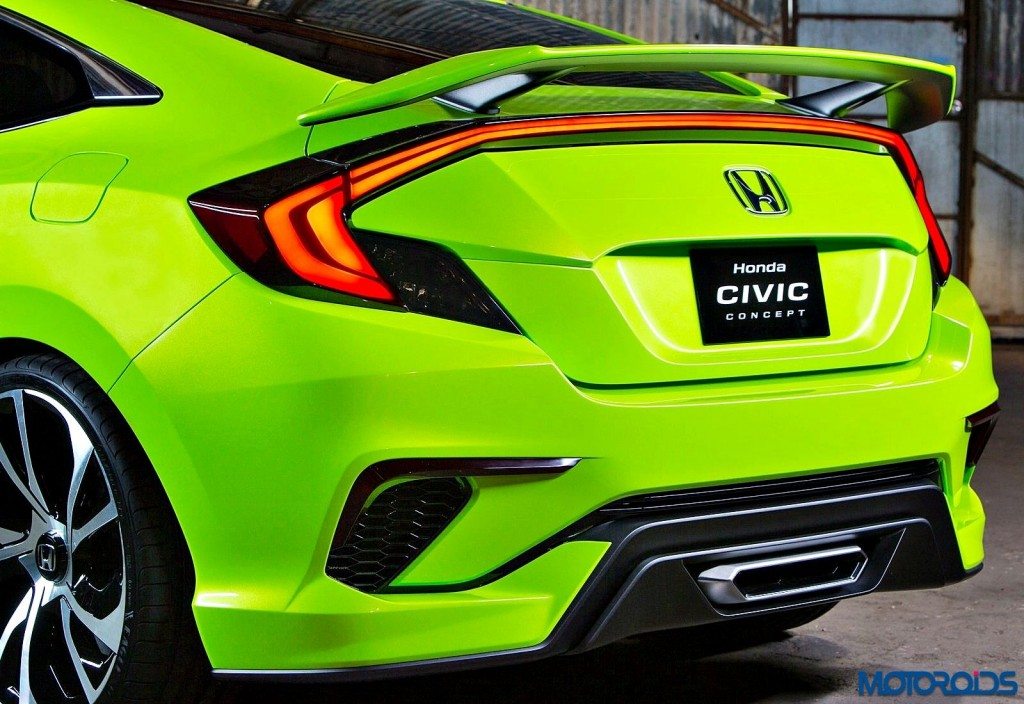 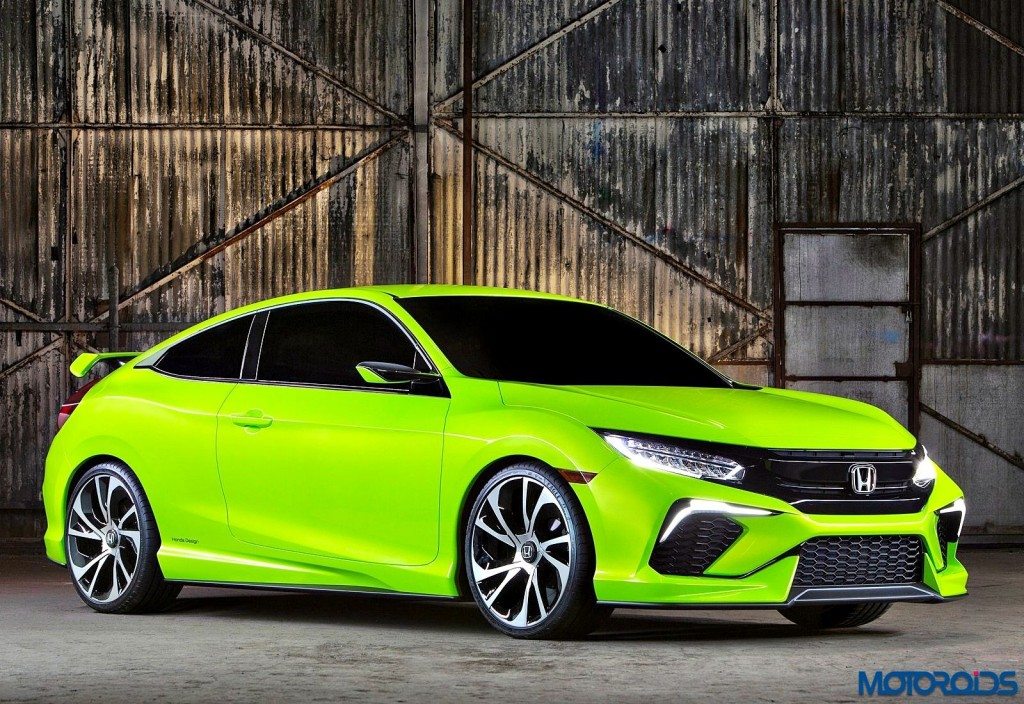 Powering the Civic will be a four-cylinder, 1.5-liter turbo engine with direct injection. Power would be in the region of 200bhp with torque rated at around 250 nm. The engine is expected to be mated with a six-speed manual and an all-new CVT. 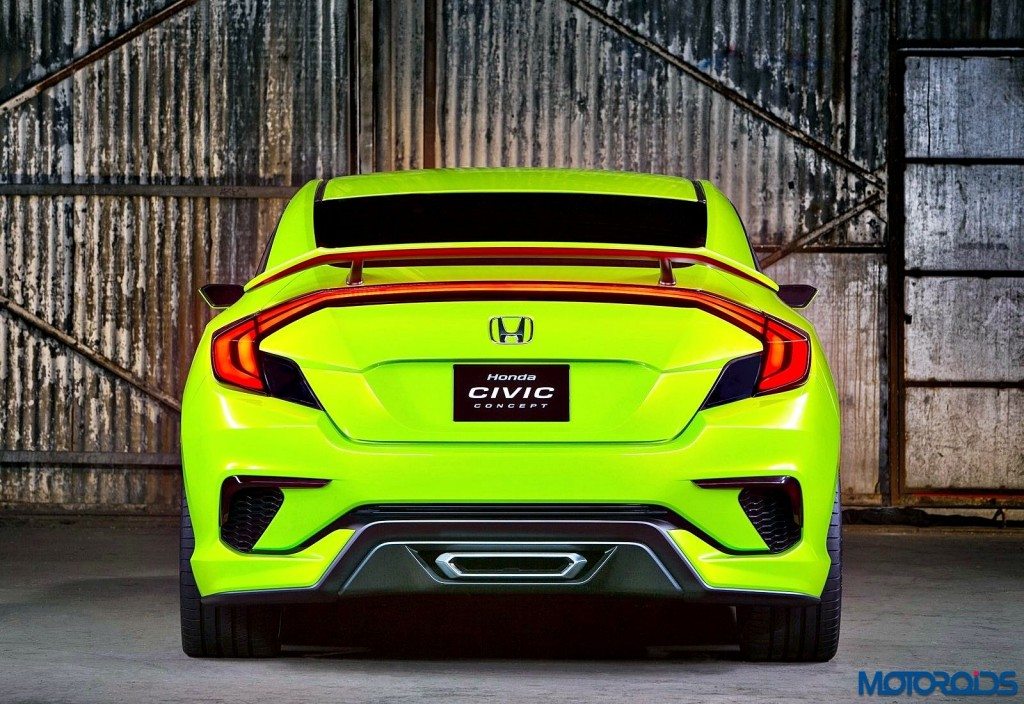 The new generation Civic looks really interesting to us. With a turbo powered engine and a fresh new design, we really think this car can successfully win some disgruntled fans back for the brand. Do you like the design? Have a look at the patent drawings along with the images of the Civic Concept from the 2015 New York Auto Show below, and do let us know your opinion on the design.