We have already reported a fair bit about the new gen 2015 Skoda Fabia hatchback. The new car, which will be launched next year and will be revealed at this year’s Paris Motor Show has been spotted testing for the first time ever. The 2015 Skoda Fabia has been spotted testing on the Nurburgring and while the test mule sported some heavy camouflage, it is clearly evident that the 2015 Skoda Fabia will get an angular exterior design that will be in line with the Skoda family look. The car is expected to borrow many design cues from the Europe spec Rapid sedan. The car will come with a wider grille, which is flanked by swept back headlamps, and what appears to be a larger greenhouse. The car also gets Rapid-like taillights and a tailgate integrated spoiler.

Akin to the current gen model, the next gen 2015 Fabia will find itself slotted between the Citigo city car and the Rapid sedan in the car maker’s product portfolio. The 2015 Fabia will not be underpinned by VW MQB architecture and instead, the car’s platform will be based on the Polo’s PQ25 architecture. It is being said that while the next gen Fabia would offer roomier interiors, it would be of almost the same length as the current model. Talking more about the car’s dimensions, Skoda product development chief Dr. Frank Welsch has said that the next gen car would be wider and will sit slightly lower.

Stay tuned to Motoroids for more updates on the upcoming 2015 Skoda Fabia. 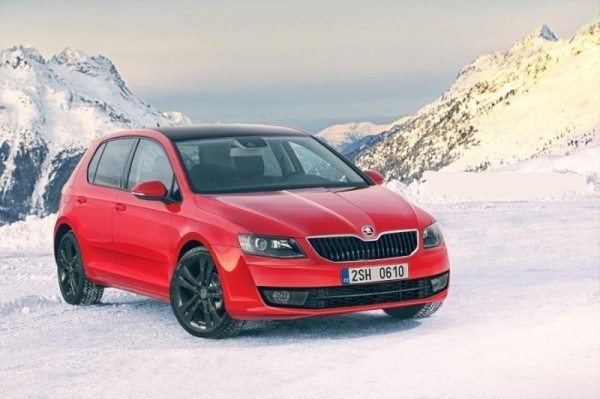