We have been reporting in detail about the spotting of the new  2015 Audi TT. Now, our man Deepak Dongre has managed to capture the 2015 Audi TT on its test run in Mumbai. The 2015 Audi TT wears no camouflage and has also been spied in Chennai last month. 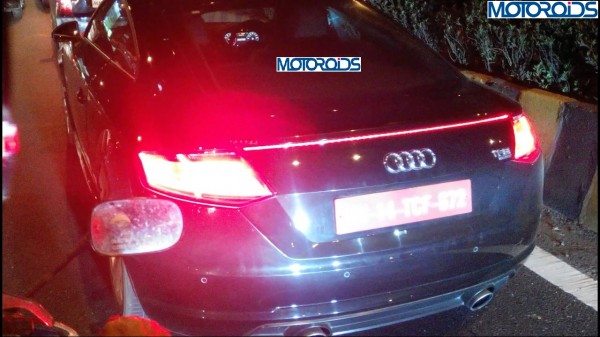 Seen here in the image is the test mule of the new 2015 Audi TT. The car seen here is the regular TT petrol with a dual exhaust setup visible in the images, and is here on Audi’s global testing program of the car. Unveiled this year in March at the Geneva Motor Show 2014, the new TT has landed on the Indian shores just two months after its world debut.  While the new model will be taking sometime to be available in India, the cars have been brought down for testing as India has a wide variety of road conditions, temperature and terrains which make it a testing ground for the cars. 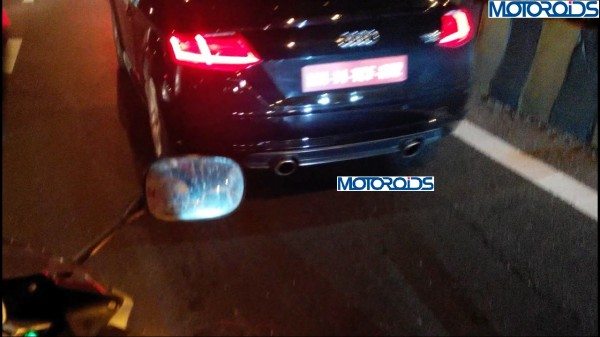 The 2015 Audi TT has shed 90 kilos when compared to the model it replaces. The new TT will also be available with a diesel variant, which will be powered by a 184 PS 2.0 TDI motor. This motor has enough grunt to sprint the car to 100 kmph from standstill in just 7.2 seconds and will keep accelerating until the car reaches its max speed of 235 kmph. Also available will be a 2.0 liter TFSI motor in two states of tune – 230 PS  – 370 NM (seen here) and 310 PS – 380 NM (available with TTS). The car can be ordered with a 6-speed manual or a 6-speed S-Tronic DSG. 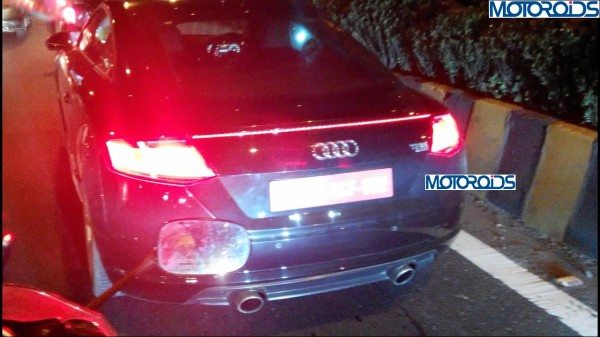 Stay tuned to Motoroids for more dope on the 2015 Audi TT.