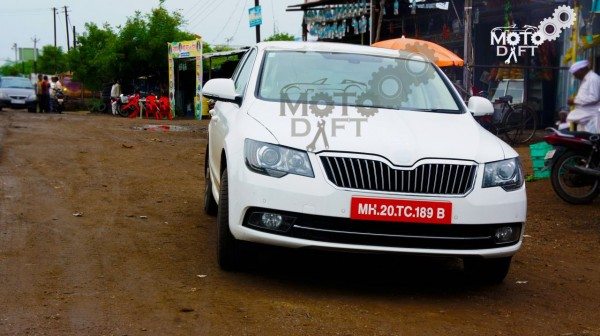 The 2014 Skoda facelift mid-life facelift has been caught testing yet again in India. We had reported in detail earlier as well, when the first test cars were spotted in our country. Caught roaming on public streets without camouflage, the 2014 Skoda Superb features visual upgrades up front and at the rear, along with some changes made to the engines and interior.

The new Superb will make its Indian debut close on the heels of the highly anticipated Skoda Octavia launch. Expect this undisputed leader of D-segment to make an appearance in the showrooms as the calendar year 2013 draws to an end.

In its newest avatar, the Skoda Superb gets a new, more angular grille, the new Skoda logo, redesigned headlamps and fog lamps and a wider looking bumper. The shape of the front fender, as well as the bonnet has been changed as well. The new headlights come with a bi-xenon setup and feature DRLs. 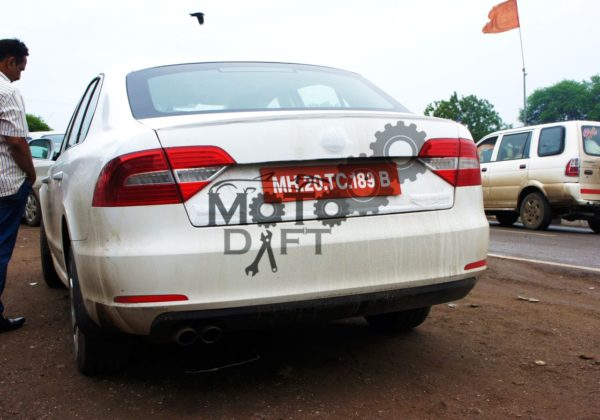 Changes have been made at the rear as well. The number plate has moved upwards in favor of a neater surface for the rear bumper. The LED tail-lamps form a new ‘C’ shaped pattern. Alloys wheels are of a new design as well and the car will now come with Meteor Grey and Moon White colour options. 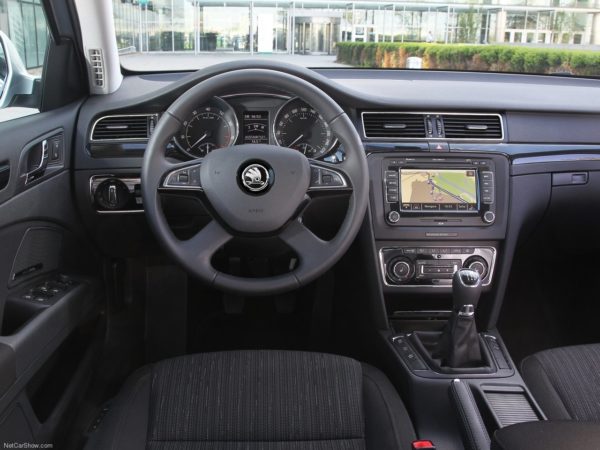 The changes made are not restricted only to the exterior though. The new Superb also gets a thoroughly updated cabin with a new four-spoke steering wheel, new fabrics and patterns to choose from, with a unique brown-ivory color combo for the top of the line L&K variant. Back benchers also get the feature of being able to push the front seats forward to increase the acreage at avail. We wonder whether they would ever require that though with the abundant legroom of the Superb. 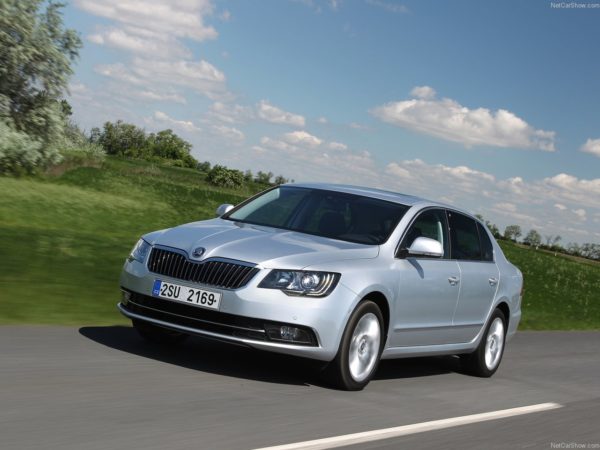 Changes have been made to the engine and drive-train as well. Diesel engines would essentially remain the same, but petrol units will boast better fuel efficiency. Making a debut on the new Superb will be energy recuperation tech, automatic parking assist and push button start.

The engine options for the facelifted Superb will include a 1.8-litre TSI petrol engine, a 2.0-litre TDI and a 3.6-litre V6 petrol engine. The cheaper ‘Ambition’ variant with a six speed manual gearbox will be offered on the 1.8 TSI motor. Of course, you would have the option of ordering that engine with a seven speed DSG unit. The 2-litre diesel and the 3.6-litre V6 engines, however, will be available with a six-speed DSG auto box only.

Expect the new Superb facelift to hit our road by the end of 2013.

Next page for the new 2014 Skoda Superb Facelift Image Gallery>>>